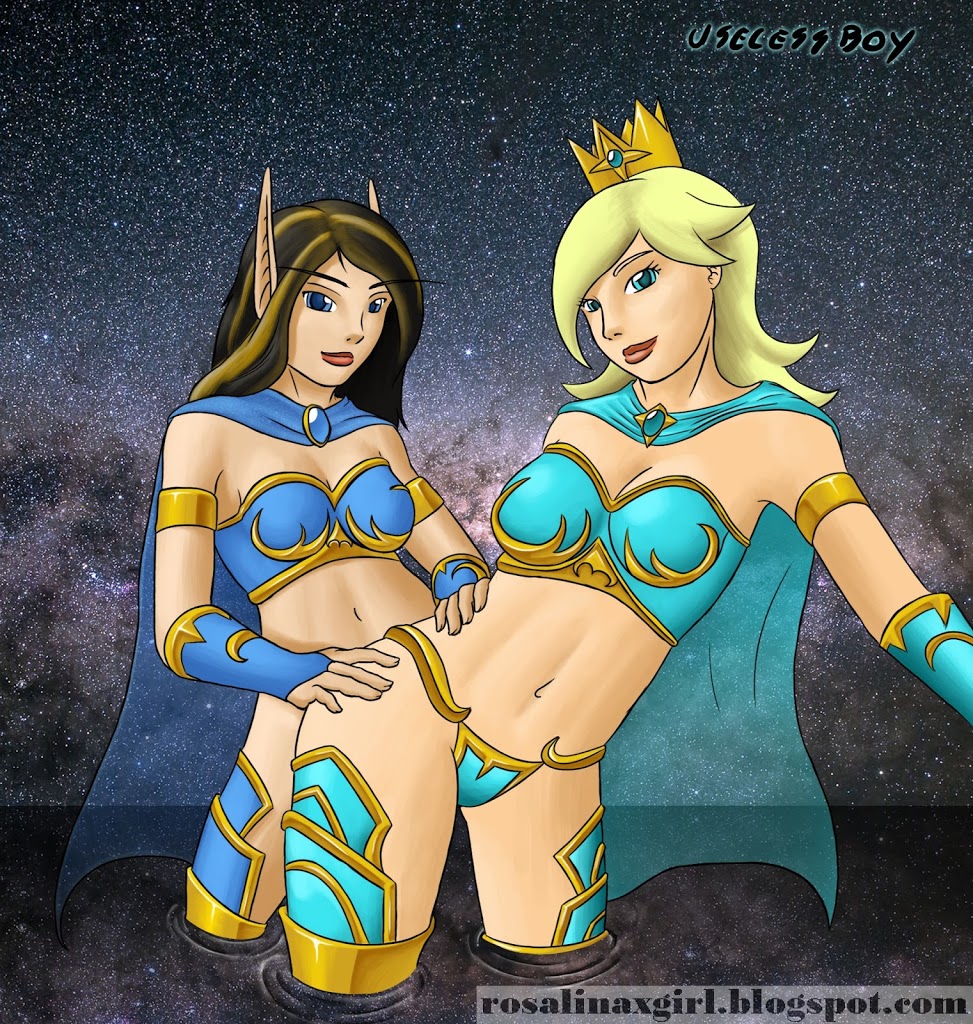 >Damn, there is a cowgirl Rosalina speedpainting than I must post since a long time. It was recorded during a livestream with the amazing Vaiderman. I had to prepare and upload the video but I’m not at home for the moment and can’t do anything… I’m really sorry about that Vaiderman but I’ll do my best to finish it during the week-end and show the video asap. stay turned…

There is also 39 followers in the blog since a long time, where is the 40th… Same thing for comments, you can post as anonymous so don’t hesitate to give your feedback about the post or the illustration. Of course, don’t forget to participat to the event Your dream by… Mavruda. You just have to submit your idea with a comment or sending me a mail and Mavruda will draw his favorite suggestion… Let your dream come true… Oh yeah… XD 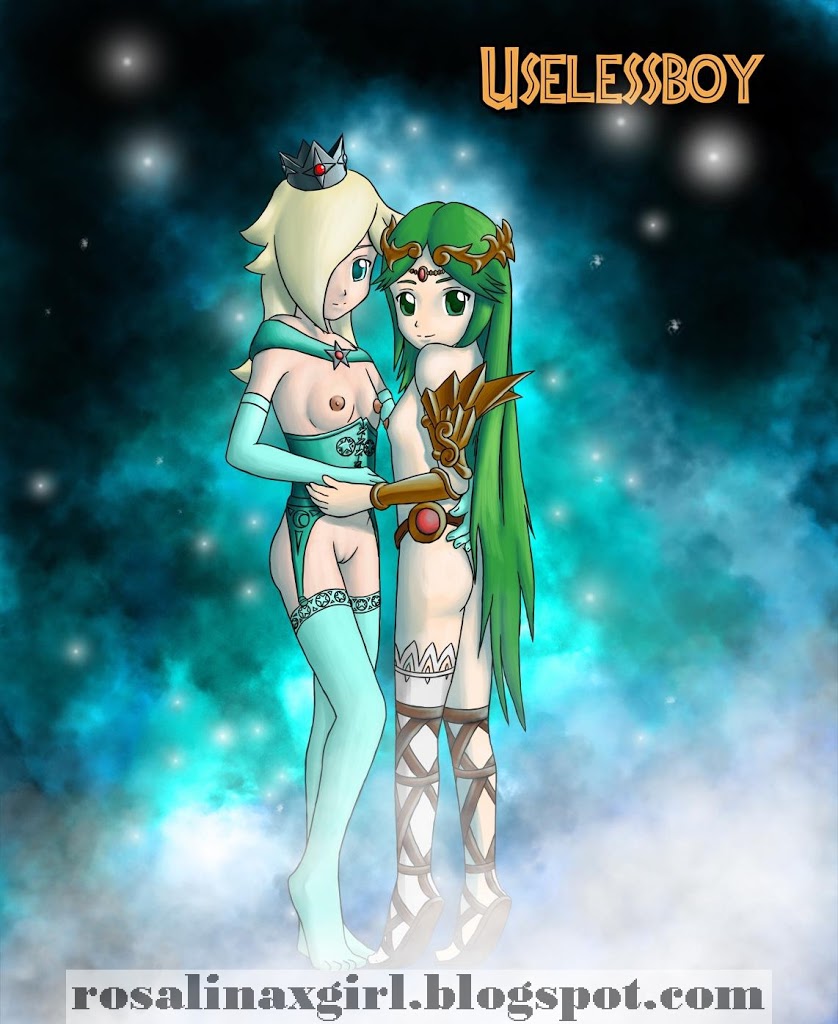 A new drawing, softcore but I think everydoby find the refererence. Of course like these armors and the lovely blood elf with Rosalina it’s related to World of Warcraft. I’m glad to present you Saphayia, she’s DesoPL character and finally decided to meet Rosalina. DesoPL requested it to Uselessboy and as you can see the result is really beautifull. At start I planned to post this one on the soft blog but don’t want you to miss this beautifull illustration.

It’s not the first time Uselessboy drew Rosalina, he already contributed to the collection pairing Rosalina and Paluneta from kid Icarus, you can see the drawing on the right and click on it for the main post and full version. Don’t hesitate to take a look to Uselessboy gallery for a lot of surprise, you will find Jurassic Park pinup, lovely girls and some sex with dragons and raptor (yeah, Really)… O_o

About Saphayia, I asked to DesoPL he he can send more more info about his character and I received this little story: “Saphayia has a rather rocky past. Her dark and deep demeanor are evident of more than what one should have to handle in their lifetime. Too soon in her life time, her parents were taken from her and her sister, Alissa. The two lost their parents while they were still young, during the Scourge invasion into Quel’Thalas. Her father, Artheon, a General of the Rangers, her mother Callisa, a powerful sorceress. Both of Saphayia’s parents fought hard and valiantly, but despite their strength and cunning, fell in battle“

Click here to show the rest of the story…
Saphayia and Alissa continued to live with the Sin’dorei, until Kael’Thas’ betrayal to his kind. The two sisters fled to take oath with the new Shattered Sun Offensive, along side with Lady Liadrin as her assistant emissaries. The two sisters took action against Kael’Thas in his final insanity, along side with other forces of the Shattered Sun, defeating him finally. Though during the fight, Saphayia was greatly wounded, leaving Alissa to tend and care for her sister.

During Saphayia’s recovery, the Scourge invaded a second time, launching the war campaign in Northrend. Having to leave her sister behind, Alissa took an oath with her sister before leaving, that she would avenge their parents’ death. Alissa was sent on several assignments and did well for herself fighting the Scourge alongside a small company of soldiers. But in a planned course of events, she was pitted against an old friend of her and Saphayia’s. It was a hard fight, and even harder knowing the woman. The Death Knight won between the two, leaving Alissa wounded in the snow of Dragonblight. Alissa begged for mercy, but her friend, still under the control of the Lich King, could not fight off the control. The ritual started to convert her before her death, the only reprieve her friend could give, to save from the void of death. Alissa’s comrades we able to interrupt the ritual, slaying the Death Knight. It was enough to save her from the fate of conversion, but not enough to save her wounds.

Alissa soon passed away back at one of the Argent Crusade encampments, whispering that her sister be safe and she would like to be returned to be with her parents. Saphayia took the death of her sister hard, harder still that she was not with her to fight by her side. That maybe if she had been there, it would not have happened. After burying her sister alongside with her parents, Saphayia felt compelled to leave Quel’Thalas, as the memories she has with the land, the cities, the people, are all too great for her to bear, attempting to flee from her past and find a way to cope with the pain.

With the discovery of Panderia, it was finally time that Saphayia would be able to get back to attempting to have a regular life. Scouting out along side with other members of the Horde. Though she mostly keeps to herself, she has delved herself into more carnal pleasures. Spending time to rediscover herself and redefine who she is. Maintaining her lithe elven beauty, and discreetly attracting short term lovers to share her bed.”

It was a long time since DesoPL suggested me to pair Rosalina with Saphayia. I added her to the wishlist page and suggested her to some artists when I asked for a request but as me the more important is the artist have freedom and fun so each time he’s free pair Rosalina with the girl he want and no one chosen Saphayia. I’m glad Uselessboy accepted DesoPL request. Thanks so much you two for asking a drawing with Rosalina and of course for this beautifull illustration. I hope you like it guys… (^o^)/

Last information, this illustration is now a little old and Uselessboy recently lost a lot of files when his hard-drive crashed so I don’t have some bonus or WIP to show you but just a little quote: “Well, the only thing I can really recall is that I had a ton of fun doing all the reflection on the gold, and it took ages to get the right gold-colour~“. Of course ou must admit guys that Rosalina and Saphayia are really lovely but also have beautifull armors… XD