Nintendo made a new announcement video and at start announced it will be a little different than usual, fure sure it was different and kinda weird (they used like a vocaloid for French voice, nothing expressive and the result was perfect for a headache).

But something epic during this livetream, After Baby Mario, Luigi, Peach or Daisy there is now Baby Rosalina… Since the Wii version Rosalina is a heavy character and have same stats as bowser cause she’s Taller than Peach and Daisy (Mario too for sure) but now you have a way to play her as light character… For sure the true Rosalina is still my fav but this new was sooo powerfull… She’s so adorable… Awwww… °w° 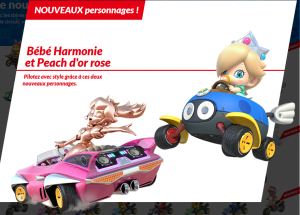