This post was delayed after I noticed the-4got10-one patreon page was deleted. Sent him a message and it did worth the wait since I have now his Newgrounds page to link you filled with nice and naughty stuff °w°
Also there was an artist who contacted me cause he don’t feel into drawing lately and offered to refund me the commission and due to some paypal troubles asked his brother send me the refund. Nothing special until I got an invoice from that brother instead of a refund. Finally I got a refund (but fee goes for me), that’s life ^^’

After a tease a few days ago on the patreon page, it’s time to present the second animated piece commissioned to the-4got10-one, not yuri but sure really naughty and I hope you guys like it, after all an animation is really lot of work and duo would be way too much work to do. Also with animation I don’t consider duo as something important, so much solo action I would love to see with Rosalina °w°
I was a little confused with the first sketch the-4got10-one sent me hoping he didn’t planned Rosalina to ride a man or it would be a bit problematic to post on a yuri project (even if there was Already some duo with Link and Bowser), finally nothing to worry about since “It is a solo act where Rosalina would be playing with a toy” so was going to be perfect. The sketch looked promising and final piece was powerfull, Rosalina looks so horny the way she takes it all the way in her tight princess pussy though the way the-4got10-one draw Rosalina always so pervert she must be well trained now. I was just curious if there was a correct order to read the panels and “wont be any dialog so its up to the reader how they see it“, any order preference everybody? °o° 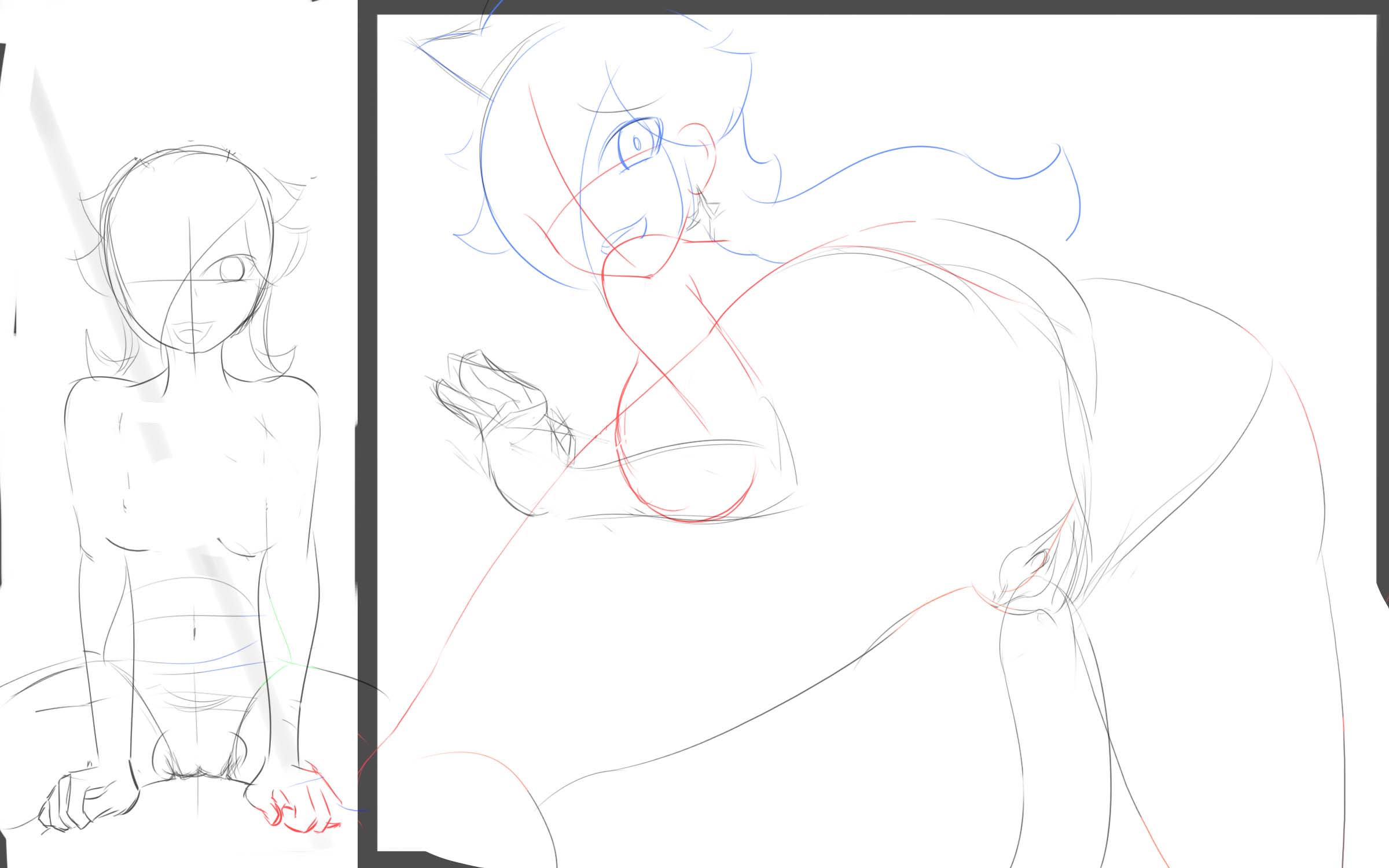 Compared to the previous illustration (Perverted tennis match animation), it seems the-4got10-one had more hardware than software troubles working on this animation. At first there was communication troubles because no internet connection (company’s fault as he said) and second was more surprising since “there was a small accident […] the monitor exploded“. Only solution for the-4got10-one was to buy another one (easy but not fun since it’s pricey), anyway he assisted to a rare event since I feel I heard more people saying they saw and alien than a monitor exploding… XD
And as I said at the beginning of this post, I was surprised to see the-4got10-one‘s patreon page deleted wondering where he could post his nsfw stuff. Sent him a mail and in his answer he told me “sorry about the patreon, I’m saving up more pictures so that I can just post all of those in 1 go“, in my opinion it’s better manage regular update than put everything at once but everybody is free to manage the way he want. Anyway there was also a good new since the-4got10-one recently joined Newgrounds where all the NSFW stuff is coming. Actually I’m wondering if he consider change his artist name from the-4got10-one to KuroZshiro anyway I’m glad to know he’s still fine and active working or more art and commissions so don’t miss take a look at his page and drop him a mail if you are tempted to get a commission for yourself… Oh yeah… \(^o^)/