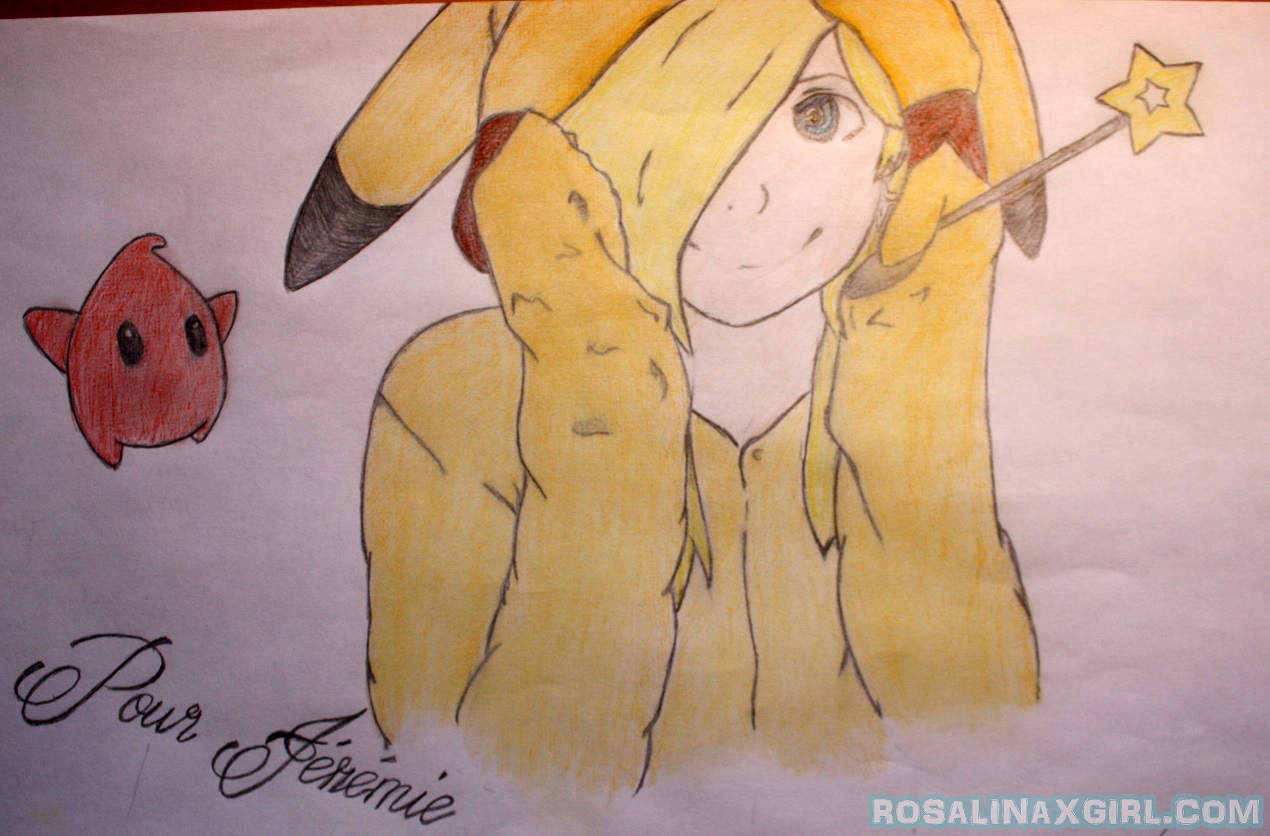 I guess Americans people can easily make some jokes about this publication numeral. A lot know 911 and 112 are the world’s standard emergency numbers, maybe you learned something. Only exception are for China, Australia and most of Oceania that use another one or even don’t have emergency number.
Also when you are into spend hours to manage the website editing posts in html be sure the most interesting part in wordpress is the part about attack report. Despite the spam comment I got (and that actually increased the website traffic), last week I had more blocked ip from U.S. than China, be sure it’s not common at all… ^^

Here is an Illustration I received before create Where is my pokemon? project, and that I missed to add one the page once it was created. Here is a cute traditional illustration with Rosalina wearing a Pikachu kigurumi created by an old friend named Lucie. Maybe the reason I haven’t considered it on the pokemon page is it’s a solo Rosalina and not a duo with a pokemon lady but whatever, now let’s add this one… °w°
As you can see with the name of the project, my dream is to pair Rosalina with a lot of other girls so solo could sounds disappointing but in fact I’m always so happy with a so ravishing Rosalina drawing to share. If you wonder why this idea from Lucie, simply because it was her cosplay at the time I requested a Rosalina illustration so for me this one is also a nice memory from our cosplay meetings.
Sad part is I lost contact with everybody Lucie included, at a moment she planned to do Rosalina cosplay and did it but I was never able see her dressed as Rosalina even in photos (I’m sure you can feel my frustration about this). It’s after that I considered cosplay Rosalina myself and it’s another frustration some months later that moved me to go seriously for it, looking at the actual situation so it could have be great thing finally. Anyway as if I now crossplay as Rosalina, meet another Rosalina cosplayer is always something so magic (and dramatic at same time since I know I’ll never meet her again)… Bwaaaaaaa… O_o

Artist: Lucie / Request
No places where to find this artist