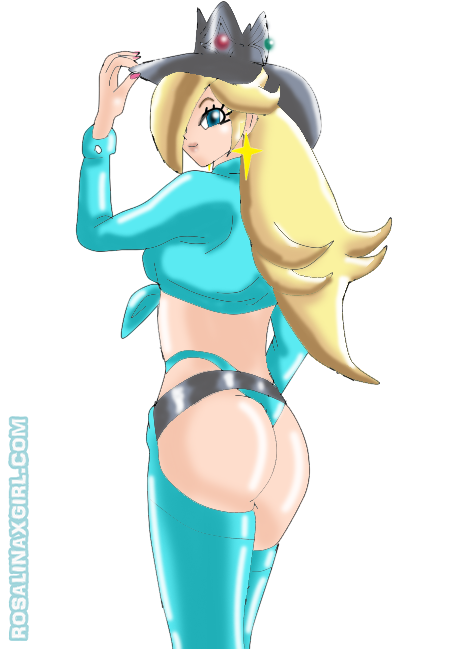 There is actually more than 100 exclusive patreon rewards coming each year, it sure sounds like the kind of badass announce that I would like to show everywhere but for now I had to get a new way manage them. There is too much of ‘Did I already posted this one‘ or ‘what reward can come with this post‘, now it will be easier… ^__^
Also august will be really hard, I didn’t managed well my financial life for this month and the apart credit will give me some troubles. I wont be able any commissions for this month and honestly ike the actual state of the budget it wont be a bad point let him recover but my side, I hope I wont reach negative in my bank account… O_o

After a sweet duo for Rosalina’s birthday and lovely Christmas pin-up (you can see on the right), here is a third illustration made by Lonely-cartoonist for the project (thanks so much). Here is another pin-up with what I consider a the most wonderfull costume ever; farmer cowgirl with chaps. After that, Lonely-cartoonist sent me this illustration saying ‘I couldn’t resist after reading your mail‘… It was a so powerfull surprise… \(^o^)/
His two previous Rosalina were really sweet and adorable, anyway Lonely-cartoonist‘s gallery host some really sexy pieces like C18 and with Gantz latex suit and I was hopping get something a bit more kinky from his again and I don’t know if he was able read in my mind but sure answered my wish with this piece… Anyway it’s the first time that I get a blue cowgirl suit on Rosalina, it looks so cool and logic that I wonder why haven’t get that earlier, it’s from this idea I admire so much Lonely-cartoonist… °w°
I really love chaps that looks like a mix into casual pants and garter-belt, real cowgirl wear a jeans in general and then put the chaps to protect legs, mostly for horse ridding. Anyway it’s always better remove the jeans for something shorter or even really sexy like this a string, adding this back pose, Lonely-cartoonist really managed it so perfectly and that point of view turn epic, it’s like that ass is calling us. Another fun detail is the mix into cowboy hat and Rosalina’s crown. Really the crown was a really huge deal to figure on other cowgirl Rosalina illustrations so Lonely-cartoonist get a great idea here, it sure have a special design but I like the idea.

Fell free take a look to Lonely-cartoonist’s gallery to see his lasted art, there is some sweet and fun illustrations but I was surprised see one with Ino’s mother that is the naughtiest I ever see for now, sexy pose, lingerie and heels, it deserve to appear on the post like how good it looks. I’ll finish saying Lonely-cartoonist is open for commissions and really deserve support so great way help him and get a nice piece from a cool artist… ^__^