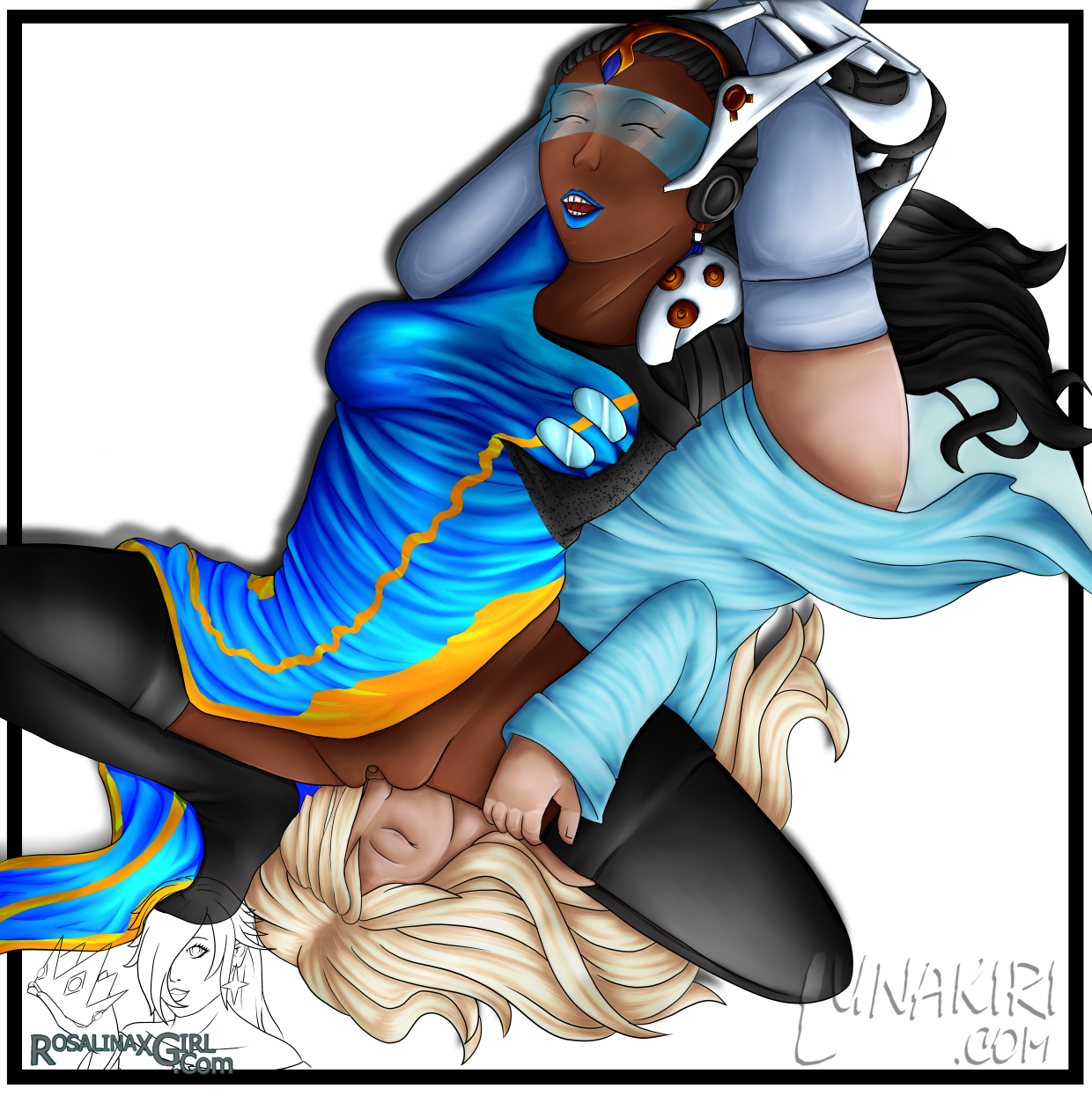 Finally got the idea from Patreon August raffle winner, I’ll keep some mystery until I post preview for patreon members but I can tell you it’s Starfire from Teen Titans enjoying the company of Rosalina. Anyway for those who know about the series there is different looks for Starfire, you are free to bet what version it will be guys?
Also about the Overwatch series, there will be finally have one more illustration with that theme, same character will me Rosalina for the 2nd time but will be hot for sure, don’t need much more to have all august publications filled with Overwatch crossovers. But same theme for an entire month must be too much.

Everybody know that Overwatch ladies have a wonderfull ass but can’t forget there is also a little pussy to take care of and wanted Lunakiri to work on that point cause love her art so much and also to make her practice on pussy for even more kinky pieces in the future. Then she cheated a little using Rosalina nose to hide Symmetra pussy (or me that don’t want to admit I asked for that pose and she made exactly what I was asking for) then be sure it’s not the last illustration you’ll see from that lovely and talented Lunakiri so I’ll have many more opportunities… °w° 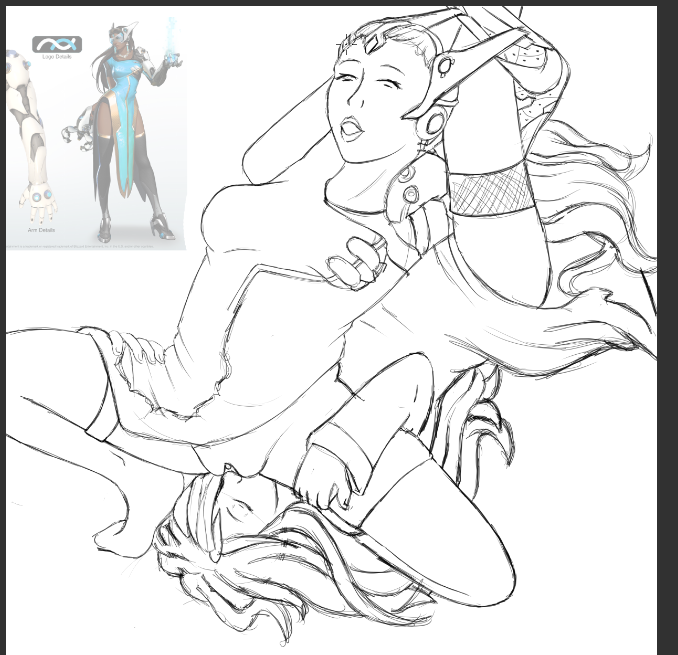 I really like Symmetra from Overwatch, she’s a beautifull character with sweet chocolate body, nice helmet with huge glasses and a dress like chinese dress inspiration but on the fanart side there isn’t so many of her so really wanted Lunakiri work on that duo. At first she wasn’t really into the character itself and the design would need a lot of work is you also count her mechanical arm.
Too kind or a bit masochist Lunakiri putted so much time and efforts for this commission, had to restart all the sketch for a correct pose (patreon members got the sketch for first try) and so many edits to make both ladies and outfits looks correct. Be sure an illustration is really not easy to do guys, you never stop with an idea that you follow until the end without many try, edits and sometimes restarts so one your side do your best to be nice and patient with artists.
Really talented but not enough confident, Lunakiri isn’t happy with the result, honestly I love it so much and not just because two ladies I love so much in this illustration and I hope you also agree this illustration looks awesome, so much details on both dress and the most impressive as me is all shadings due to a lot of folds. Just a little point missing in my opinion, like Symmetra face Rosalina is sure talented and a love Juicy touch on that princess face would be so perfect to make it even more intense and exciting for that lesbian action… ^^
Don’t miss drop a little comment you show your give your feedback or share your love for this illustration, would be so nice for Lunakiri that deserve more support. Then soon you’ll discover her last OC with Rosalina and told me she don’t have problem for perfect things so it will be even more naughty… Last thing; Lunakiri opened emergency commissions due to bugs troubles, you can find more infos (here). She’s a lovely person maybe a bit cursed and really deserve more love and support… Oh yeah…. \(^o^)/