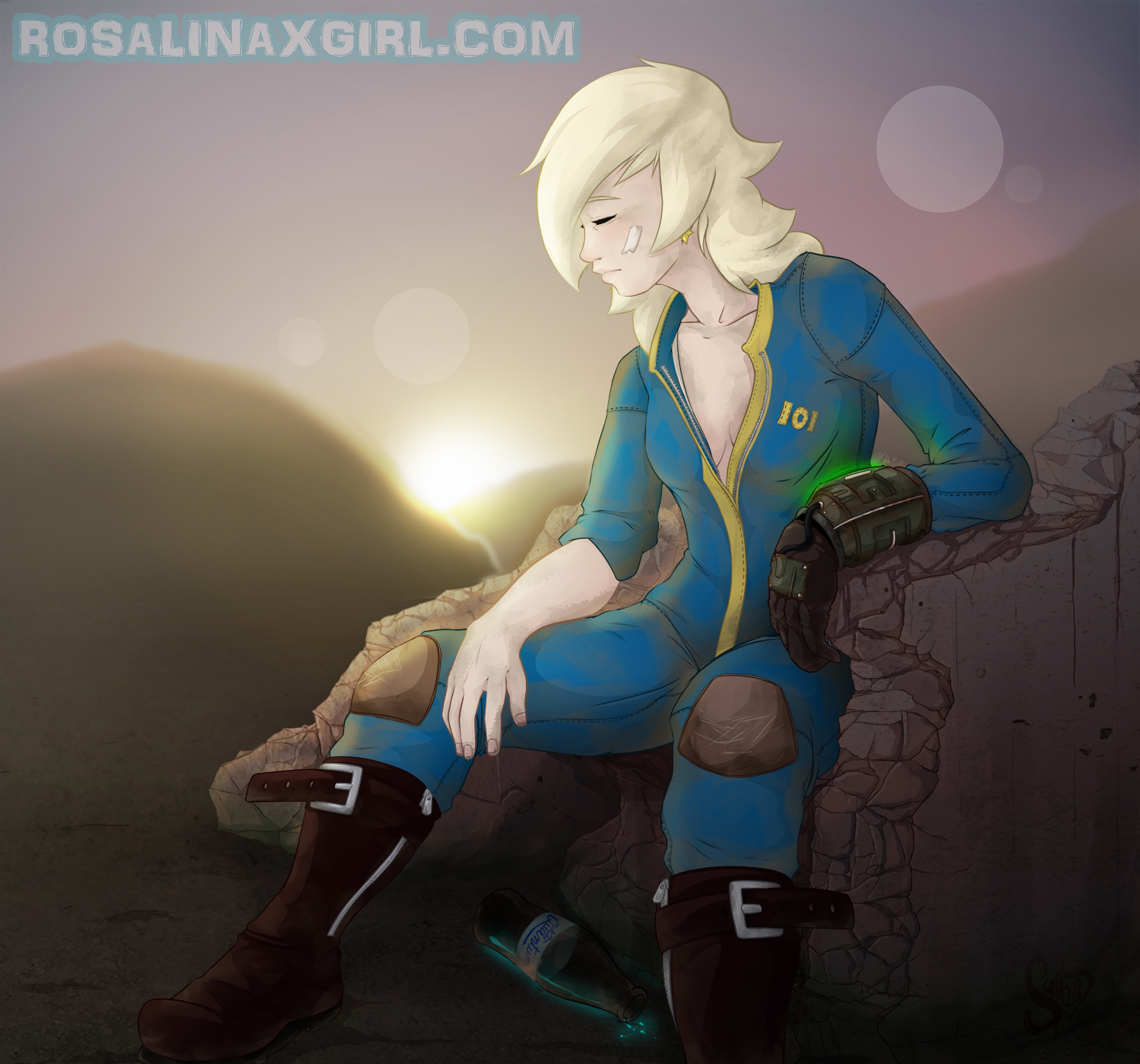 The last con in my city was really bad and expected the Japan Expo in Paris to be powerfull but seem I was a bit too much optimistic and things didn’t happened so nicely. My Rosalina cosplay was mostly ignored or got bad feedback (even from Nintendo), another one with an original sexy armored Rosalina get so much interest so I feel so useless. Also the con was kinda dead compared to previous editions without interesting events… T_T
Anyway for now you can still support Lunakiri that open Emergency Commissions (more info here), 5$ per full color character is sure really cheap like her actual level and skills so don’t miss that opportunity get a nice illustration and support a lovely artist, not often so wonderfull deals… ^^

Now time to finish with Fallout series, after the one made by Mavruda that you can see here it’s time for Suika to amaze us once again with her skills. She’s a huge fan of Fallout games so mixing this universe and her badass style on Rosalina the result have to be powerfull. This second piece is also more SFW bit keep that mix into cuteness and sexiness I love so much, artists will never stop to amaze me.
To survive in Fallout you sure have to be a real fighter but for now Suika made Rosalina looks really calm and pretty, resting a bit feeling the last ray of sunshine before night come with it’s dangers. I hope she have a safe place to spend the night cause that world can be really cruel but I’m sure she hide some great weapon and not just that perfect body under her suit. Also really love how looks the suit itself, many details like sewing, zippers and even more the pip-boy, shadings and dirty effects. Everything work perfectly for the situation but the way Suika drew Rosalina face allow her keep something pure and innocent, she’s lovely… °w° 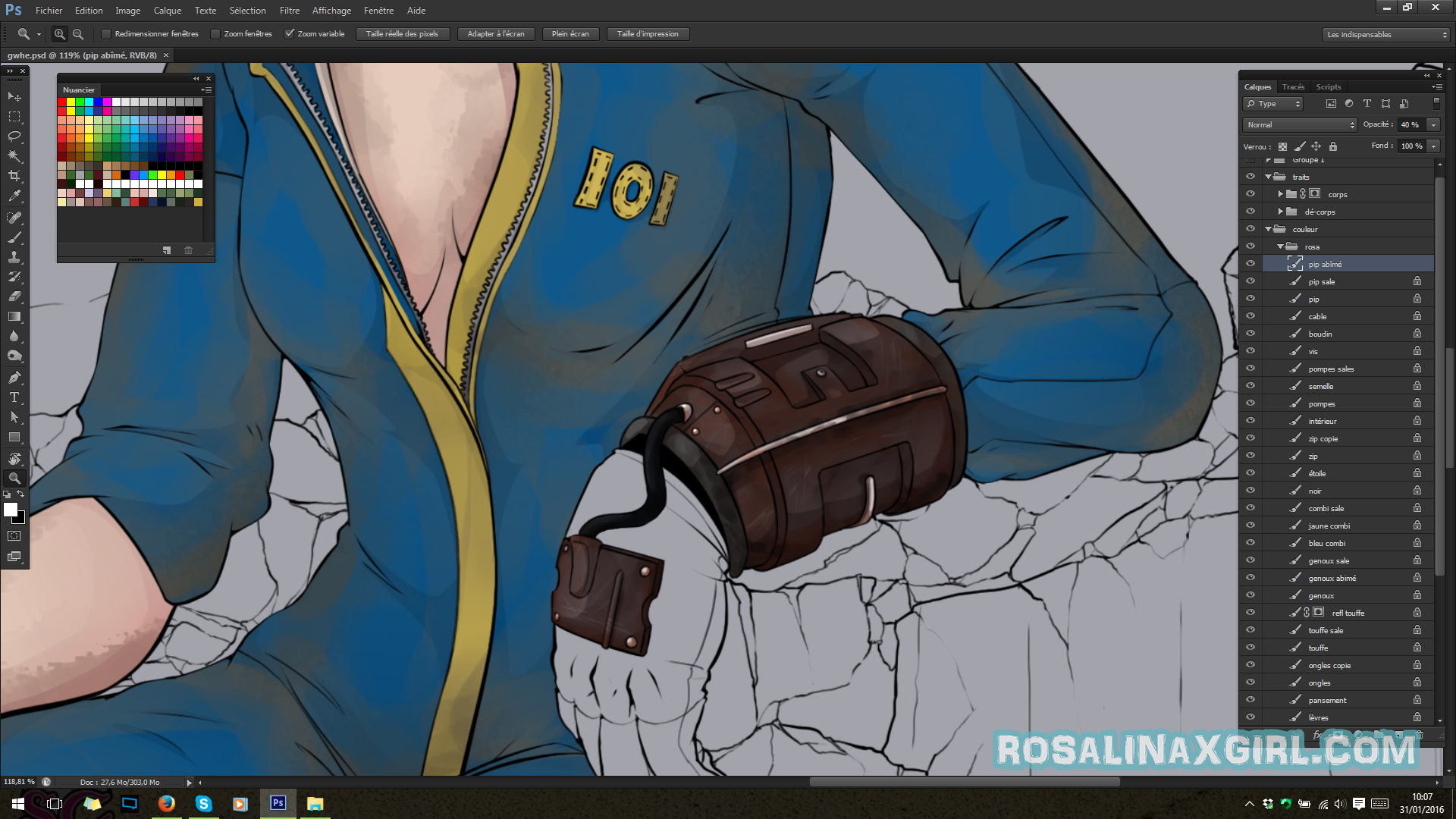 Suika worked hard on the background but not just on sundowner, that rock Rosalina is sitting also looks like a throne in this apocalyptic and destroyed world. Also if you get the opportunity watch her streaming on picarto be sure rock is a huge story of love, she’s really skilled with that point but also spend sooooo much time on all little details, many lines, shading effects and texture effects, just zoom on that part under Rosalina’s hand and you’ll have an idea of all time and work Suika had to put for that part. Now take time look at this illustration and discover more secrets… Oh yeah…
I hope you like this piece as me guys, Suika reached an incredible level and I’m glad see she got the support she deserves, anyway you can support her over patreon (here) or asking for a commission. There is another piece from her in the queued and the sketch is available as patreon reward but maybe be the last one I can afford commission her is she continue in that way and reach epic level but if you feel interested don’t miss take a look at her commission guideline (here), there is also a monthly theme that offer you 30% OFF on your commission.

One year ago: #540 – Pokemon #108 – Lickitung tentacle power
Next to come: Rosalina have preocupations (SFW)