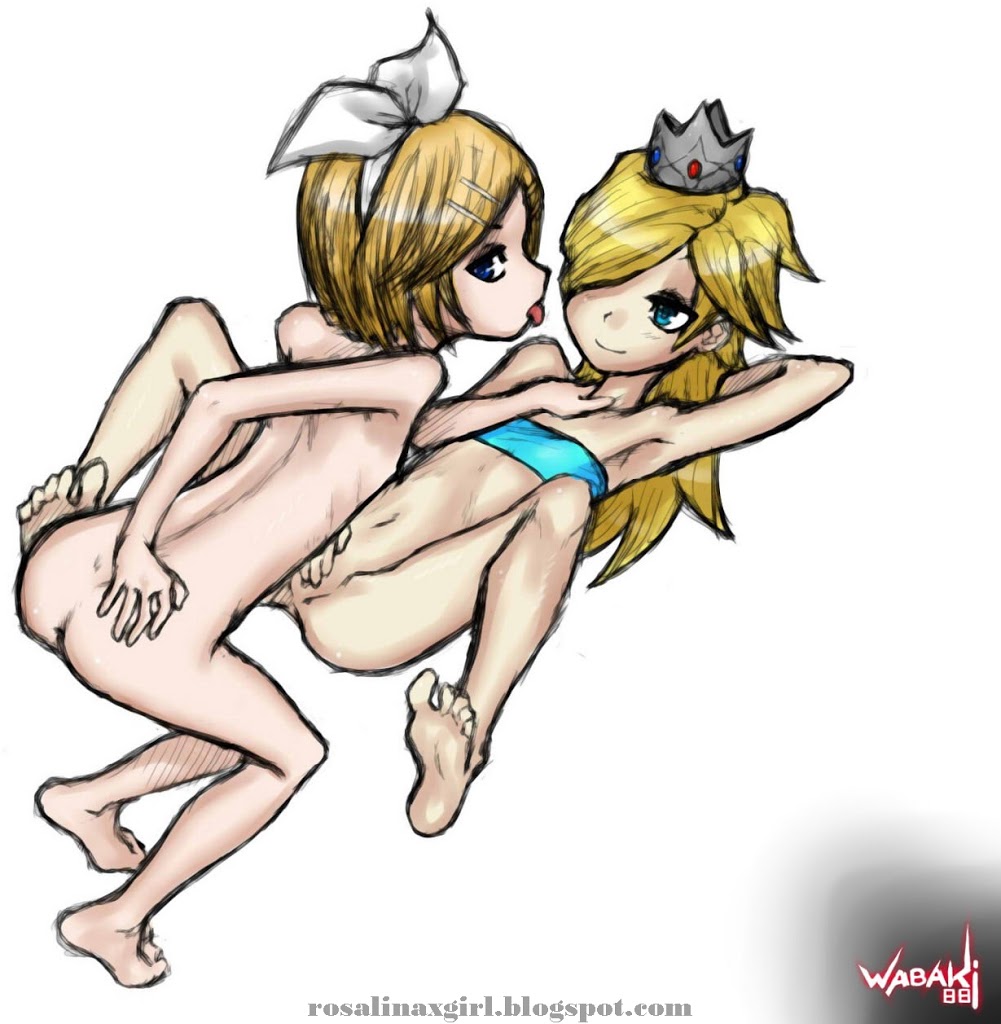 I received a message from TheNationMaker on Deviantart when he say than describing himself as a voice actor and propose to “overdub on your videos using my voice while you speak”. I know the biggest problem at the moment is my english level and french accent so I’m understandable but I know it’s not really easy for you though I don’t really want to cheat on that way.

If I do videos it’s to show more for lazy peoples and also say I’m here to make the blog alive. It don’t mean I will totally refuse TheNationMaker offer, it’s Dmfo who gave me the idea to add picture on the video instead of the projector and I also have a little idea in mind, need to think more about that… ^^

After a really hot draenei it’s time for Rosalina to be a beautifull loli and meet a really cute girl who is also a little pervert. I’m sure everydoby already reconized her, she’s the vocaloid Rin Kagamine. Rin and Rosalina look really more your as the original characters (especially for Rosalina) but it’s a drawing commissioned to Wabaki and don’t expect talk about boobs with him… ;p

Wabaki already contributed with a drawing featuring Rosalina and his loli OC: Amy Obscena (see it here). For some people loli girls is a really bad fetish but sincerely it more depend of what the artist draw and what to show with his characters. As you can see Rosalina and Rin look at two little pervert but so adorable girl… With more mature girls generally we use more often “bitch” or “slut” than “lovely” or “adorable”… ^^

There is now a lot of vocaloid girl but Rin is really my favorite, she’s the cutest as me, maybe because she have blonde hair too but I’m really happy than Wabaki choosed her to pair with rosalina. In fact I was supposed to have this pairing there is more than a year but I think the artist lost interest with the drawing… Now they are together and I hope you like it guys… (^o^)/

Also if you are interesting to have your own loli don’t hesitate to commission Wabaki. He have a great style, interesting prices and a also love to draw guro pics… As you can see in his gallery, he have really cute girl, other more pervert and if you don’t like guro be carefull, read the title before look at the drawing or it will hurt a little… XD

By the way like Wabaki rules a colored drawing like this one cost 30$. For a great and original piece I think it’s and interesting deal so guys don’t hesitate to take a look to Wabaki’s gallery (see it here) for more art and informations… Why just stay here for fapping, Hum?