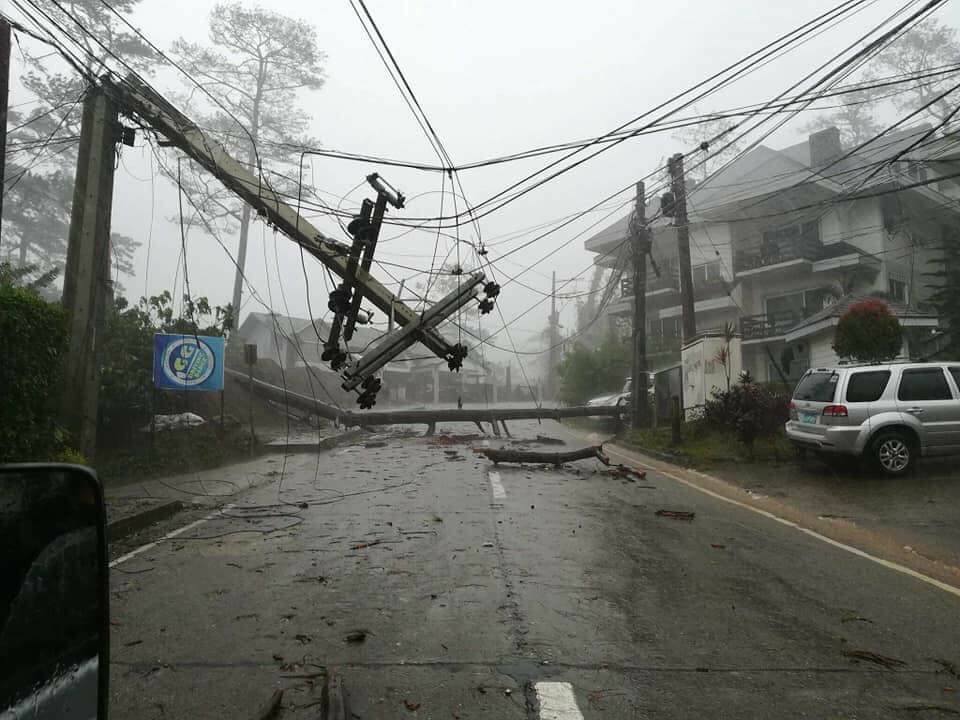 And as promised let me share with you some update about the-4got10-one who’s back to the internet and fine after the typhoon rage, he sent me some before/after photos that are pretty impressive and let me show one to your curious eyes. I also got a new wip of September raffle illustration that goes as patreon reward for today with more details about the girl with Rosalina.
Also I’m in the mod for Minecraft lately creating some co-op maps with redstone (I’m not into commands blocks, redstone is way more challenging and pure architecture). If there is people around curious to discover about them and help me test them, feel free… ^__^

After some pretty and sexy Rosalina illustrations, Lonely-cartoonist is back but this time with a duo pairing Rosalina and Mikasa Ackerman from Attack on Titan, I’m always so happy when an artist have interest to participate to my project and so honoured when he come again. Here is the 4th illustration Lonely-cartoonist made for the project (thanks a lot my friend) anyway I wonder if it’s my fault cause each time he draw something even more sexy than the precious time, however for those that know about me, you know I wont complain XD
Lonely-cartoonist really made a powerfull illustration with those two gorgeous ladies and managed clothes nicely with the lingerie that make it even more sexy and the scarf linking both girl for a more intimate and romantic feeling. On the anatomical side some parts looks a bit off but you all have to know how draw is fucking hard and also from his first illustration Lonely-cartoonist never stop making progress so all he deserve is support. I also can’t deny there it some gorgeous curves since I love so much Mikasa ass and Rosalina legs… °w°
There is other interesting details like Mikasa expression who seems to be cold but work perfectly with the character personality if you know about the series and you can understand she don’t want be disturbed at this time. Also I must say the sensual side was Lonely-cartoonist main objective when working on this illustration, he told me “on internet actually there is pretty much nothing sensual or with romantic connotations, only vulgar pornography“. Being a huge pervert I must admit I pretty much love this vulgar pornography but also need to tell he’s totally right, also sensuality may a pretty lady in lingerie and heels looks the best… Oh yeah… \(^o^)/
And about heels, you already noticed it but Lonely-cartoonist created a second version adding high heels that I don’t know if was planned at first but sure love so much the idea and result. Also if you guys with to see more don’t miss take a look to Lonely-cartoonist‘s page for even more pretty so sexy illustrations… ^^ 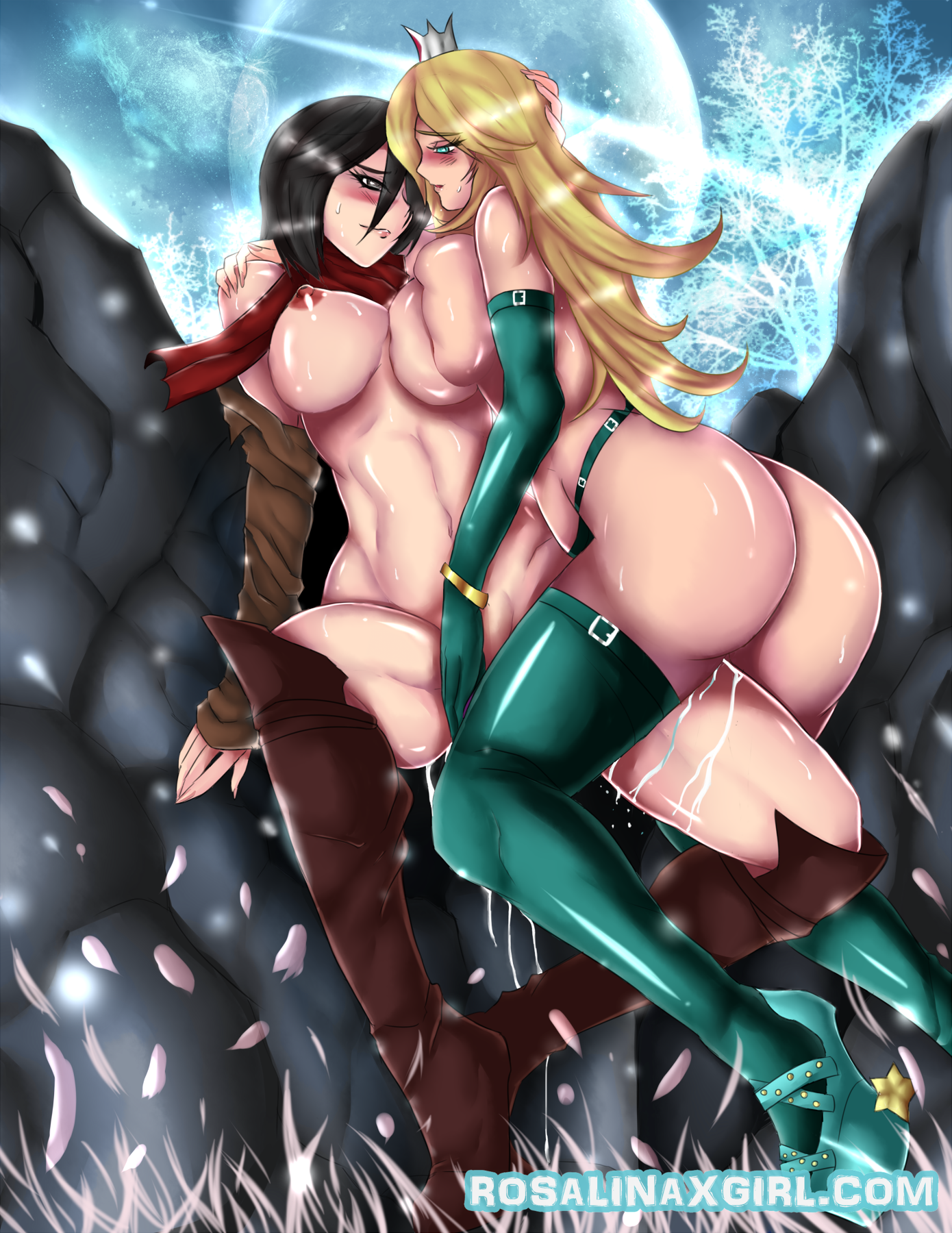 Previous post was kinda late as for the patreon bonus that come with and I’m really sorry about that. Then 4 years since I started this project and never stopped publish each week. For now there is no reason stop the way and lot of wonderfull artists and illustration waiting to come here but I guess get a week off sometimes could be better. Also received some new illustrations and WIP that will be great for blog and patreon bonus don’t don’t miss to visit regularly cause there is many surprises waiting for you guys… Oh yeah… \(^o^)/
Also got an idea but that will be a NSFW 6 characters illustration with some young and tiny (but so cute) characters so need to figure an artist that can work on it but with a price that can still give me some hope for my budget health. Feel free if you know some great artists that can help me. Thanks guys.

After a hot duo with Sice from Final fantasy that you can see here, HippoNova and her badass style are back after a long wait. This time Rosalina meet Mikasa Ackerman from Attack on titan, another ravishing but strong lady that wont have to fight this time and just offer her body to Rosalina that know how to relax her after a hard day fighting. it’s HippoNova that chosen about the pairing and must say that a powerfull combo mixing with her style, the only obligation was to give Rosalina those high heels I love so much. °w°
This illustration give an amazing feeling; HippoNova was able make both looks really strong and sexy, both really wet with a lot of love juice running on Misaka legs so they both must be really excited but looking at the head they aren’t like just kinky slut. Looking to each other in a passionate and sensual way make it so romantic. Rosalina slowly moving, her soft and generous breasts pressing on Misaka one while both mouth getting closer for a long and sensual kiss. Rosalina hand exploring her friend body and fingers starting to tease then slipping and rhythmically moving inside that wet pussy to offer even more pleasure. It goes hard or more sensual and erotic but it’s what inspire me this illustration and make me think HippoNova really did something epic.
For sure with a so incredible style this one can’t be the last from HippoNova, I’m thinking commission her Rosalina with Tatsumaki or Fubuki from One Punch Man (or why not all together). Then for now don’t mix take a look are her so huge and impressive Deviantart gallery (here) and why not think to commission her too. Prices are 5$ for one character and 10$ a duo with background included so it’s hard to figure a better rate at this time. If the blog get more power I must hire her for many more badass and damn sexy Rosalina… *o*

One year ago: Splatoon squid sisters want a… Squirt
Next to come: Double Rosalina and lingerie… (NSFW)