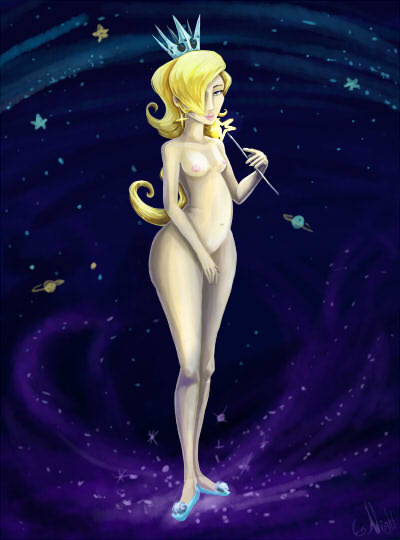 This time it’s a solo pic A bit inspired from the classical “venus” picture. I think a lot know this venus but I post a part of the original painting… Maybe…

So today thanks so much Evanight for this pretty nice Rosalina pic and his kindness.. This pic was a really nice surprise because he say “However, there’s always a chance people’s fave characters may just randomly pop up, just like this.. So time will show if a Rosalina will appear or not” and she appear… That’s so nice… (^o^)/