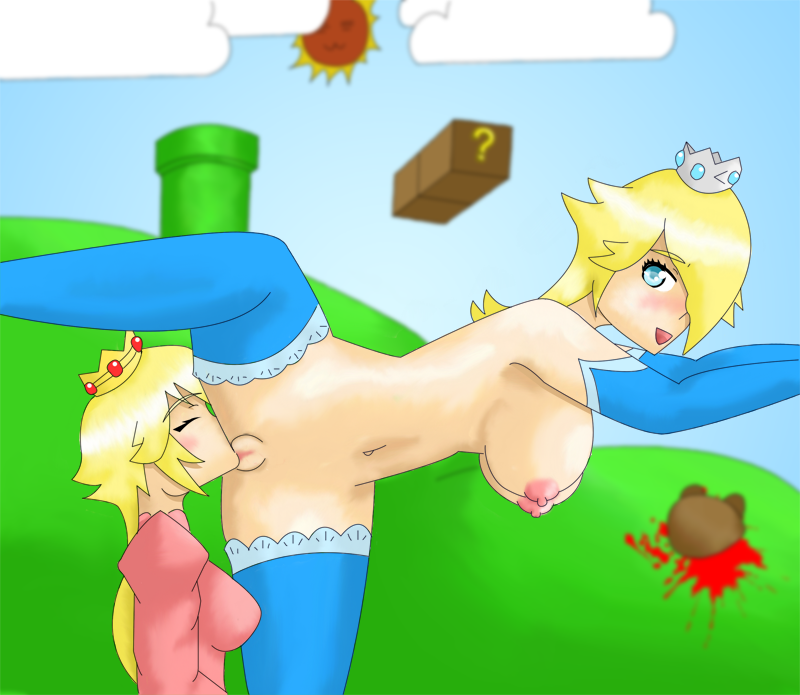 When I bought Rosalina figures (in the photo), the salesman man say me he don’t know Harmonie (Rosalina but it was in french), only Peach from Nintendo… I say for a lot a peoples, Nintendo it’s Mario who save Peach and Link who save Zelda (again)… But for other character like the beautifull Rosalina… Nothing… So bad… T_T

There is some artist who say me the want to show Peach with Rosalina, There is a new pic like this and it’s not the last… A lot of Peach is not a problem, if there is Rosalina, it’s just so nice… (^o^)/

This was a request by the nice hentaifoundry artist Eromanboy. He start to have a pretty nice style style and compared this his firsts publications in his gallery, his level is not really interesting. I’m sure we don”t need to wait a lot to see awesome pics in the gallery. This drawing with Rosalina was refused do to “Anatomical Errors” but you can find it in his scraps folder. We don”t really know why this pic was refused, if you have an idea don”t hesitate to say your feedback, it must be really nice… ^^

I love the title of this pic “A Fine Day In Mushroom Kingdom”… but not for the goomba…Description isn’t use in my opinion, just say it’s this first time Peach and Rosalina do this, but not sure it’s the last… ^^
Artist: Eromanboy / Price: Request>
http://www.hentai-foundry.com/profile-Eromanboy.php