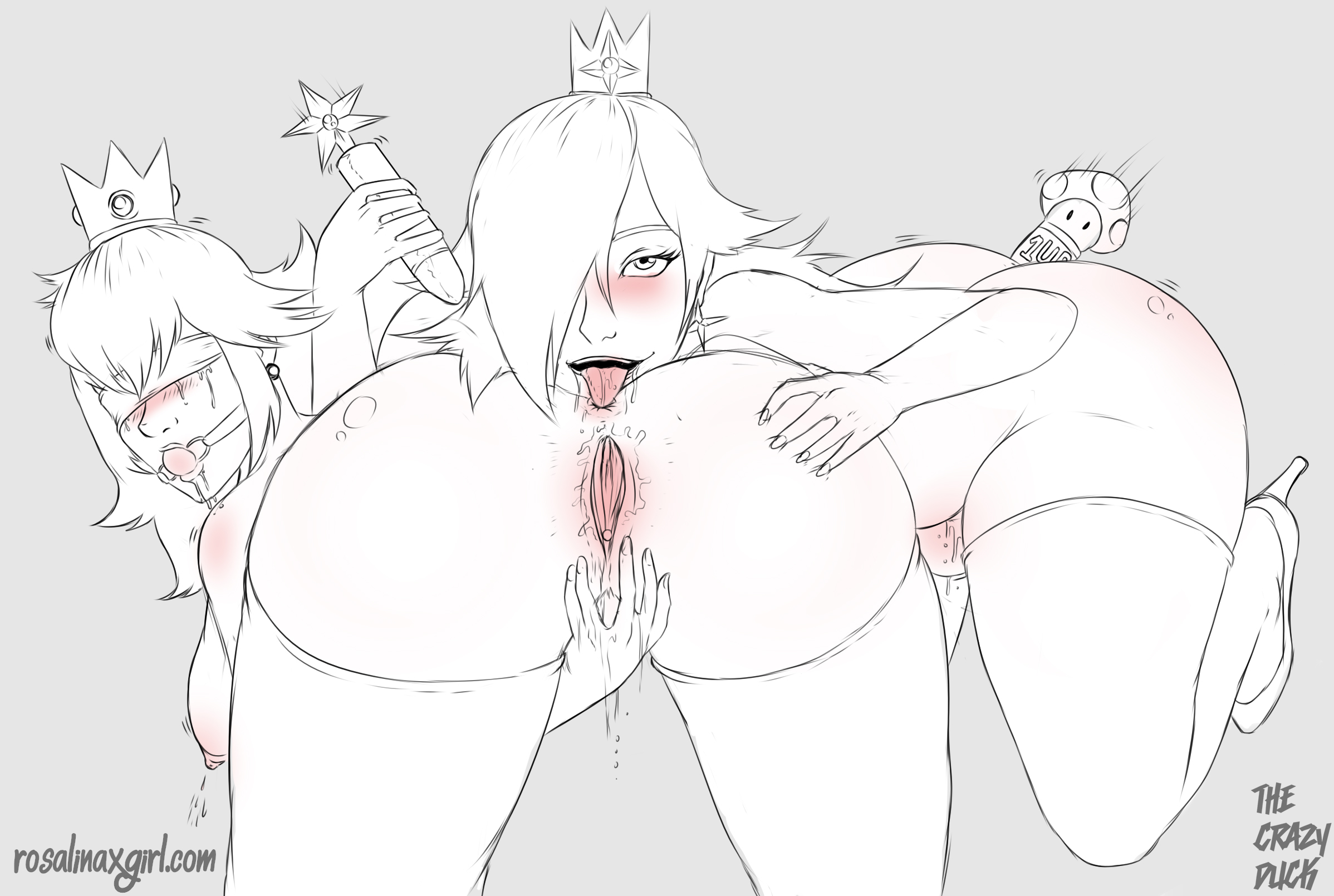 Spending a nice week-end with family isn’t good for the project cause once you are back to home on Sunday evening being quiet and relaxed it’s so hard find the motivation to work (also missed my pc and games) ^^’
On the positive side, I have 3 illustration by the same artist to post, first coming today so with Monday, Wednesday and Sunday post I post the 3 pieces in a row and get a week dedicated to this artist… °w°

So let’s start he first illustration from a 3 sketch commissions to TheCrazyDuck will a price deal in exchange of artist freedom, the idea was to get a cheaper price on my commission but in return it was freedom to the artist about the illustration. The idea was interesting and since TheCrazyDuck had to draw two solo and a yuri duo but second girl and poses were all his choice so pretty much no idea what would come at the end, bit exciting and worrying at same time to be honest… XD
Let’s show the duo first and as you can see TheCrazyDuck‘s idea was to pair Rosalina with Peach in an extra kinky scene with some horny face, bondage and great toys. Considering I received directly the final version without any more information or wip before there is unfortunately nothing I can tell about the creation process but I sure do love the result. Rosalina expression and tongue are so amazing and exciting then TheCrazyDuck added a lot of details in the sketch as example with fluids, lot of pussy juice from Peach’s pussy and also Rosalina one, saliva too for both girls and even milk + tears for Peach.
If we also add stuff like the toys, lingerie, heels and some red shading for blurring, pussy or perspective it’s more than just a sketchy scene so TheCrazyDuck really did an insane job with this illustration and considering the Rosalina piece he already made I knew I would figure that princess in an amazing way. If you want to see more you can visit his page for more illustration, only negative point is TheCrazyDuck‘s style evolve but also the way he post art now hiding all uncensored under a patreon paywall so if you want to see kinky stuff you have to pay on patreon or a commission… U_u