And I’m finally back to France after a wonderfull week in England and Miku Hatsune concert that was pretty much my first experience with a concert and sure intense one. Fun fact is all French people that heard about it remember mostly one thing; how expensive where the light-sticks… XD

Also let’s usually start a new month with a huge thanks to my dear patrons for their support and time to announce Curtis Heywood as winner of December raffle, I first wanted to go on Christmas theme illustration but cause exams on artist side I don’t want give trouble with such deadline so be patient guys… ^^ 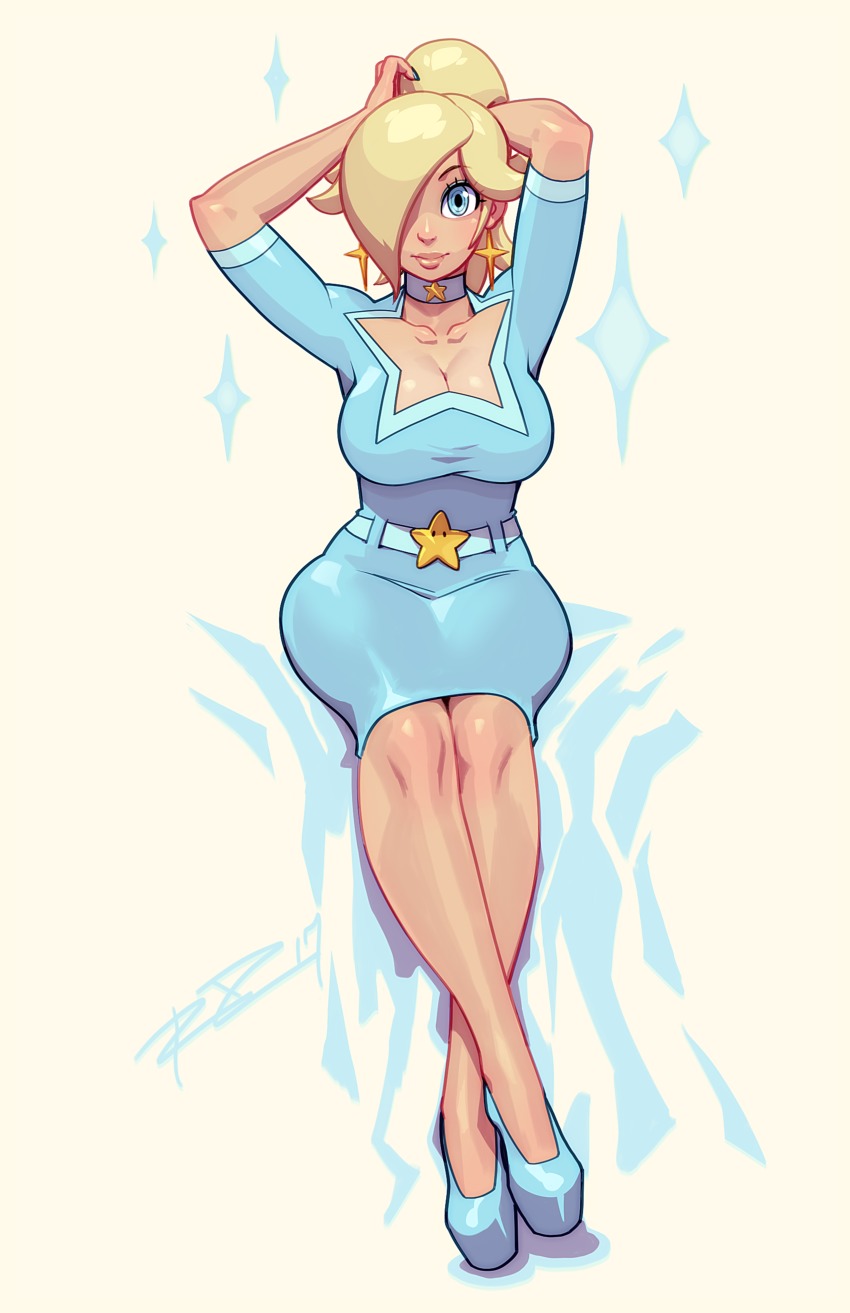 And talking again about it, I was able to order this illustration to DSanchez with the help of my patreon supporters, a great quality illustration from an artist I admire so much but still missing some fuel to get duos with such powerfull style. So here was a pin-up Rosalina as sexy secretary with some lingerie, high heels and see-through that suit her in so perfect way. The suit was originally created by robert porter and I really wanted show Rosalina wearing it for my project, also for the sexy side I wasn’t able resist ask DSanchez to add some see-through effect like his illustration of Magenta I liked so much and the you can see on the bottom left.
Of course this illustration was hour of work for DSanchez but also gave me hard time find a perfect pose cause I wanted Rosalina spreading her legs to see her panties through stockings but the dress itself have a design that make it hard to get spread legs without need to be totally moved up. And to make it working DSanchez had to make the bottom of the outfit goes that way but I still love the result with many nice parts to focus on. Starting from Rosalina adorable face, her gorgeous breasts and nipple showing then the panties, sexy legs covered in nylon and finally damn sexy high heels (lingerie and heels are my weaknesses as always)… °w° 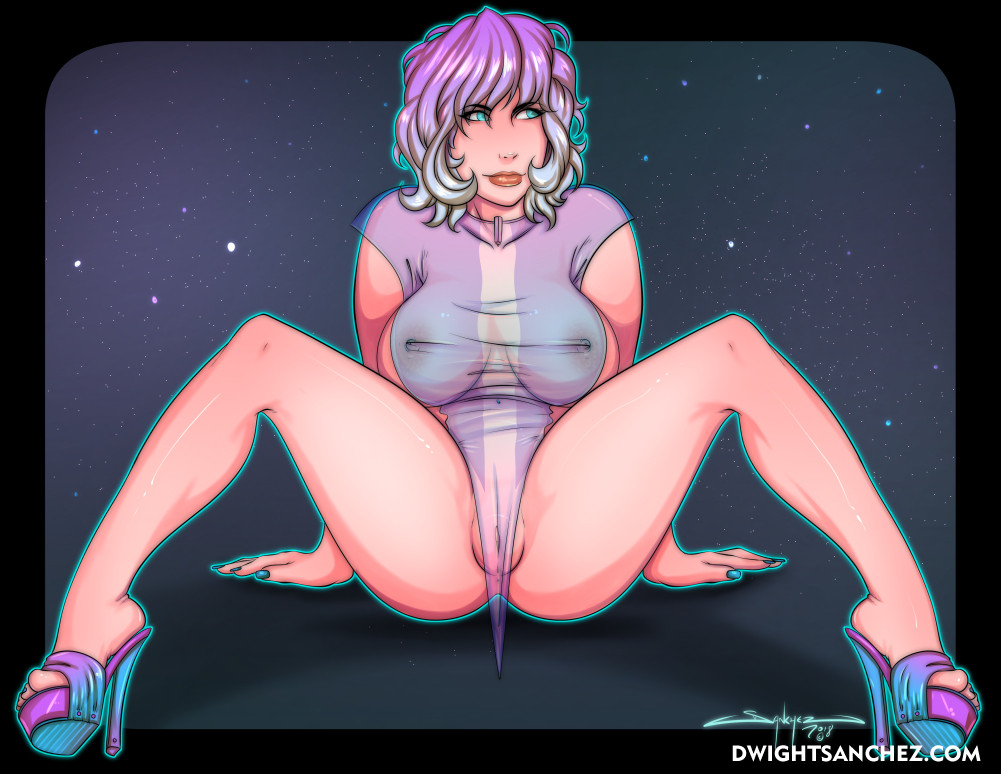 I also love the way you can turn this illustration as part of a story when Rosalina start tease you opening her legs still getting serious at phone allowing you to come smell and gently rub her crotch as long you don’t go to hard while she’s calling the boss, of course I would love had it turn as a series or even doujin and I really hope get the power make that kind of project come true in the future. Talking about series, I’m a bit sad DSanchez haven’t managed a version with no see-through on the chest to have like alternative version but not big deal cause this version would always be the best… Oh yeah… \(^o^)/