I’m sorry for this stupid joke on the title that only French can understand and I hope even French people will forgive me for how bad it was but well, I can’t resist and I’m proud to be French so wont hide it. I would love be so powerfull as Wargaming when they made a video about French cruisers with lot of French touch… XD
Also week-end was great, can’t tell I was really “productive” since there isn’t stuff I can share with you and considering it again I guess it’s better to say I wasn’t so lazy as usual. Anyway I still have things to do so let’s hope I will keep doing everything I planned for the day, wish me good luck guys… ^^’ 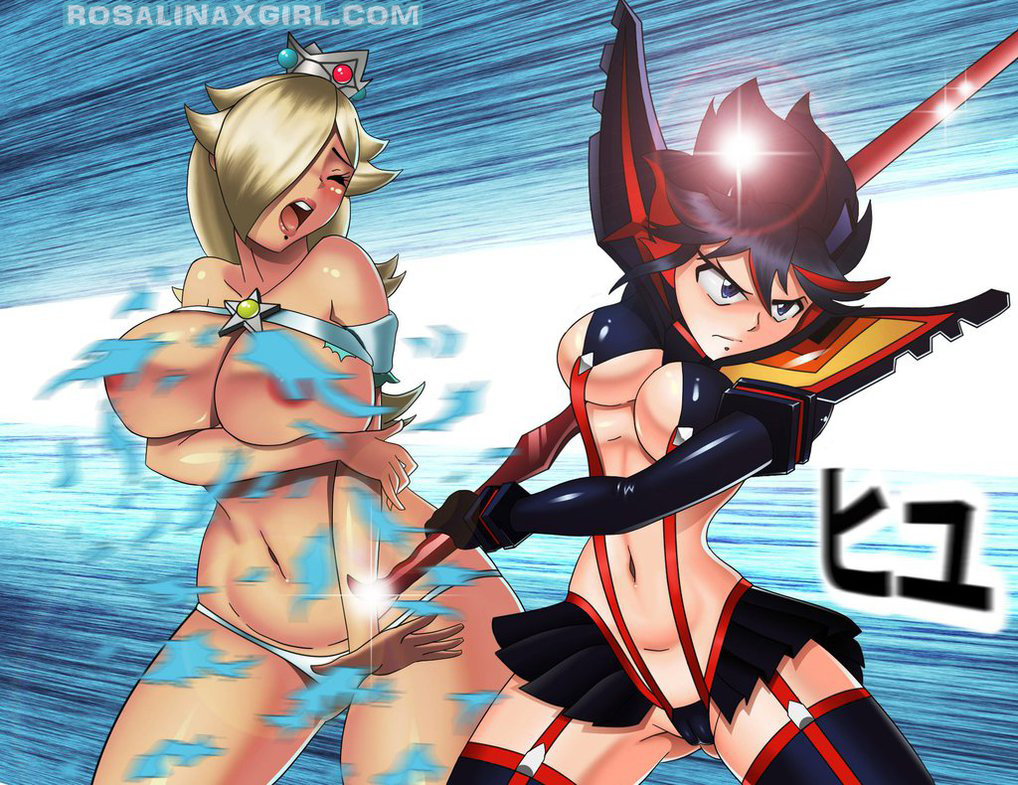 And even if you haven’t get the joke, you can still enjoy this new Special illustration by MegumiPan616 with Rosalina and a trap Ryuko Matoi from Kill la Kill that I consider a a really epic series that also inspired a chapter of the Rosalina’s Delivery Service comic. Here is the second illustration I get with Ryuko (previous one on the left) anyway course you can see there is something special this time that introduce a new style on the project with trap that I can describe as a boy looking feminine. I was often using futanari that can add some action and cum without break (too much) the yuri side and even is a trap is a true boy at first I really love their cute and innocent look so decided go for something that way with MegumiPan616 on a commission. °w°

Trying to give a constructive feedback, on the good point I really love the design on Rosalina and Ryuko outfits, as you can see MegumiPan616 took some freedom with Rosalina outfit with so pretty gloves and shoes, it’s just now I notice I should have asked for a corset but this mistake is mine, as for Ryuko you have a strong body turning so damn sexy with the outfit and high heels, the man that designed the outfit is genius. On the other side I must tell Ryuko dick look a bit off anatomically in my opinion and Rosalina got a crown that looks more like Peach one anyway I have to say MegumiPan616 places he gems in right place with the red one in front. I can also add the reference used on this piece isn’t the one I wanted first but the other pose gave so much troubles to the artist and I’m still happy how turned this version… ^__^
There is sure more to come from MegumiPan616, first with her participation to this month patreon raffle but there will also have more commissions on the future so stay tuned. I’ll also finish saying that even if I don’t plan commission this style for the blog, MegumiPan616 do vore she post on her Eka’s Portal page, if you are into that fetish don’t hesitate take a look and if no, there is so much pretty pieces on her deviantart.