I got some news from the-4got10-one working on September patreon raffle illustration, who told me “the illustration will be delayed due to a super typhoon“. All the school are suspended and all power (electricity) will be shut down until the typhoon is gone so sounds crazy anyway I just told him the more important isn’t delay but he take care and be safe. I’ll tell you once he’s back with some news and hopefully good one ^__^
I also heard about this typhoon in Hong Kong and the videos is saw were super impressive (and freaking stupid the people that wanted go outside to see it), they said it’s the bigger we ever saw but seems it will never stop being worse with time, and that’s totally our fault… O_o

And one more illustrations showing Mazzacho‘s skills and spirit with a so Ravishing, pretty and badass punk Rosalina, it’s a commissioned piece but with total freedom to the artist and I lvoe the way it turned. Of course I was curious how that idea came into Mazzacho‘s mind and he told me the “idea came from another pic what I’ve seen in twitter“. Unfortunately I don’t have this pic to show you but we all know it can’t be that good as Rosalina even more being draw by a so talented artist… °w°
Of course Rosalina looks so beautifull, Mazzacho gave her an original and really cool looks anyway when you are curious you may wonder what exactly is a punk, let’s quote a bit wikipedia: It is largely characterised by anti-establishment views and the promotion of individual freedom, and is centred on a loud, aggressive music called punk rock. I know about the punk rock but for the individual freedom side I guess you can see that in every subculture. Here Mazzacho sure kept the aggressive touch replacing Rosalina wand with something sure more impressive, that style looks a bit like rock but even more badass, what do you think guys? 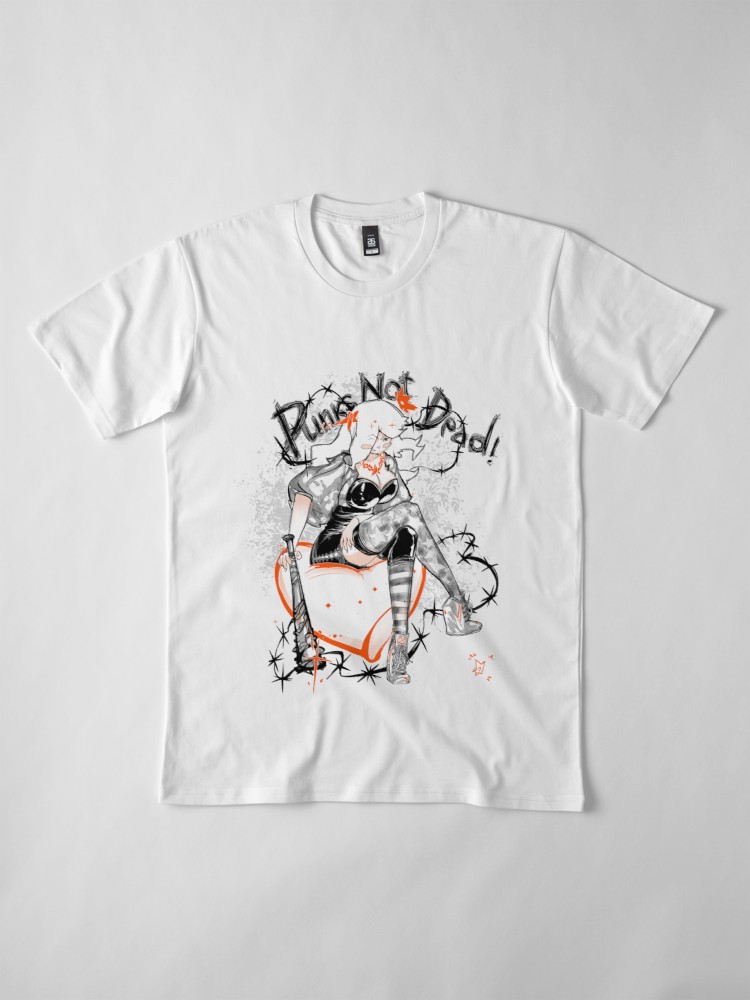 There is many details I love like the seat but also the global feeling from this illustration, You have the barbed around this heart seat exactly like Rosalina looking badass and dangerous but just to protect a precious sweetheart. This is my personal feeling looking at this illustration and can tell it’s exactly what Mazzacho wanted to show anyway I hope you like this piece guys and if you also get a special feeling from it don’t hesitate to tell it. The art itself is also really powerfull, this one was a simple colour commission but Mazzacho took time add many details and interesting shading style, kinda remember me a bit Sin City movie with black and red colours and on the sexy side I love the lace on dress and latex effect that add a sexy touch… °w°
If you like this illustration and want more, first you can order a tee-shirt print on Mazzacho’s redbubble shop, the price was lowered to its maximum but the site fee are still here, anyway it’s fair price to get a cool and original piece. Second option could be get your own illustration with a commission even more since so many genre are accepted, of course there is things Mazzacho don’t do but he can make adorable chibi to naughty bestiality (really) and a coloured sketch to really high detailed illustration to follow your dream and budget… Oh yeah… \(^o^)/