I already talked about artist that draw Rosalina’s crown with their own style, it also happen for her medallion sometimes with really cool idea putting it on a collar or necklace when Rosalina don’t have her dress. Soemtimes changes impacts other details like earring colours and even if the idea is interesting I prefer keep close to Rosalina original style… Well, lingerie don’t count guys… ^^’
Also the time I’ll be able move to my own place is now so close but there is one thing more critical that finish the kitchen I must manage quickly… It’s fixing that fucking internet that isn’t working… Raaaah… T_T 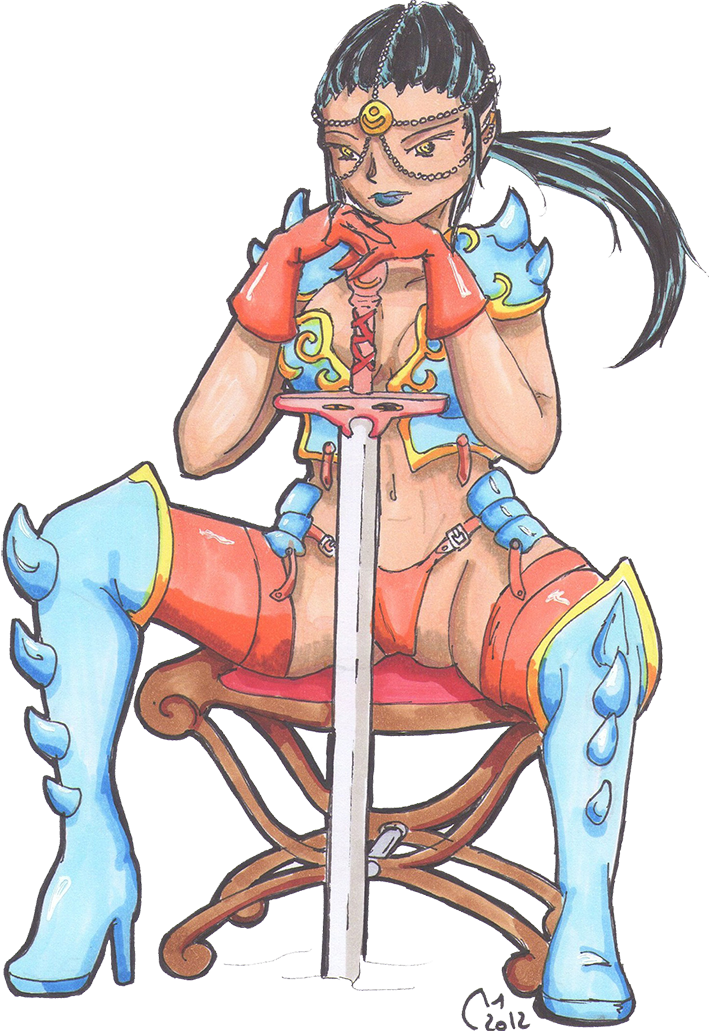 Not often I have a chance come with so much diversity, after a really pretty then naughty piece time for some ecchi chibi stickers by Merethide that were also part of the “Hilaine bouillante box” (that you can translate by hot Hilaine’s box). Love so much the box for it’s powerfull content as you can see with the two previous illustration and also cause Hilaine is my favourite character that own Merethide, you can see an illustration of her on the left that I love so much and even bought the original illustration of it… °w°
Anyway no Hilaine for this time since the theme of this box was the pyjama party story created by Merethide featuring Rosalina and her OC named Jade that life in another universe without sexy warriors armours but gorgeous sexy lingerie. From the illustrations, the first are two separated stickers and second is a big one, I really love how cute they looks with Merethide‘s style (Rosalina face is so adorable) and for sure damn sexy with some lingerie and fishnet.
The angel/demon theme for second sticker is also really cool and I’m glad Merethide managed blue lingerie for Rosalina instead of white as angels usually have. You can also see on the right the stickers to see about their size (edit: still need be unboxed), pretty big so even more cool but a bit too dangerous to put them on my fridge even if the temptation is sure really strong. And talking about temptation even if I haven’t received the second box from Merethide I’m already thinking about the 3rd, I guess if can be Hilaine as theme it will give me even more content to show you about that character (and get even more stuff for my collection °w°), though if not Rosalina can’t post it here… O_o