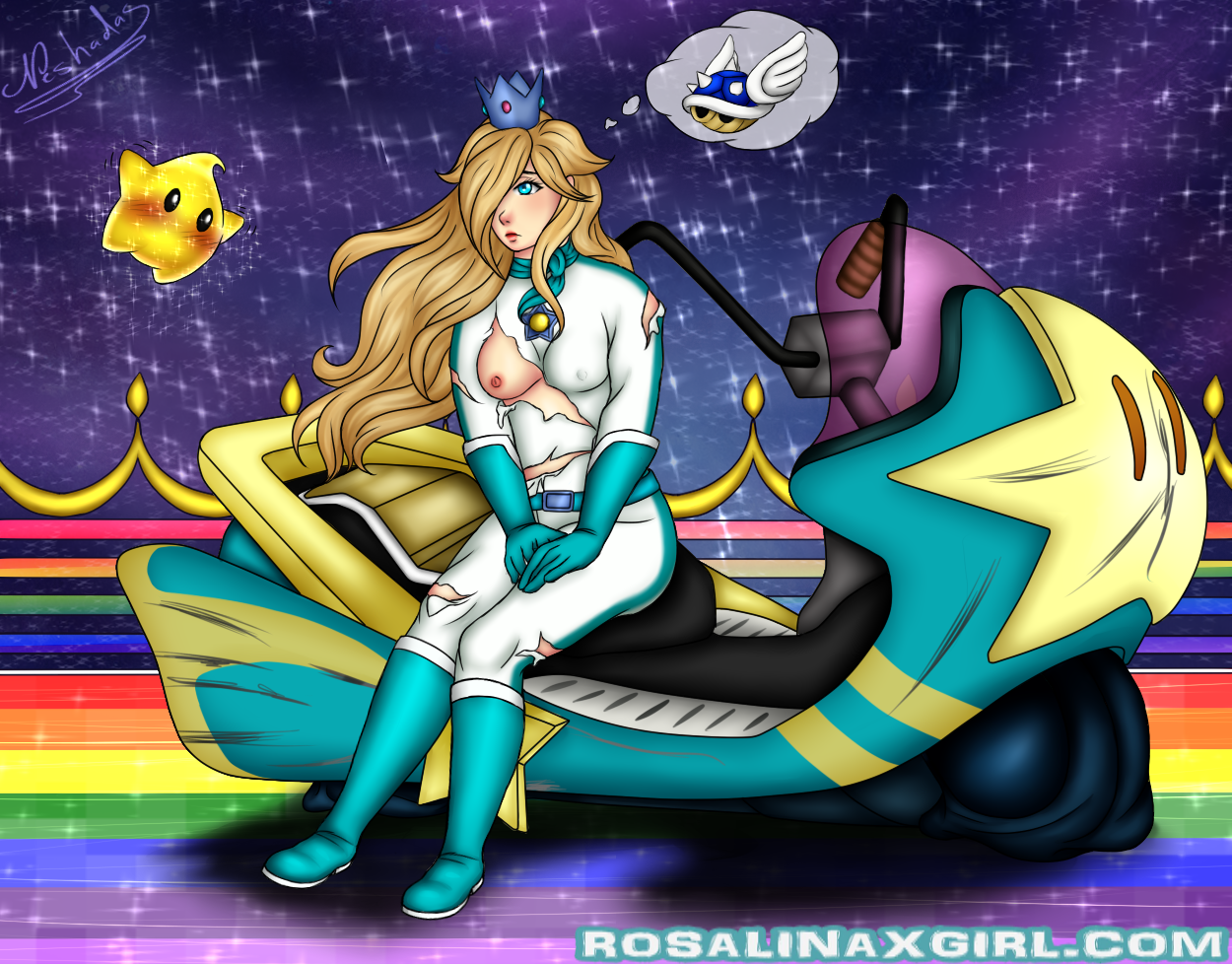 Patreon bonus: Messy wedding with Sonico NSFW WIP (1$+ patrons)
EDIT: the comment below was April fool
It’s far to what I want this project to be so no worry ^^

It’s a long time I was thinking about it, kinda hard manage the project with my actual budget and looking at how many other famous artists site I guess I must try turn the RosalinaxGirl project to a pay site and keep the content inside exclusive for members and if it work I’ll be able get even more quality and kinky art with Rosalina and get more interaction with members. Anyway patreon members will get a discount to free membership depending their pledge as thanks for their support.
As for artists that contribute to the project it’s not the same thing if it’s a pay site. I’ll give artists a part of benefits based of the number of views an illustration get from a month until it’s published, wanted to make a vote/fav system but views will be a better and more fair indicator in my opinion. Working on the new version of the site, it sure need lot of work so I’ll slow done publications before a membership will be needed to see them. I apologies for that bad new to actual visitors but stay tuned for more updates and infos. Thanks.

I’m really thankfull to my patreon member for their support and help to give me a stronger power to get art, already marvelous but it’s even more powerfull since today illustration is from one of them. A huge thanks to Ivan Bucio who commissioned this illustration to Neshadas. I guess it’s not really usefull to describe the situation since most already know about Mario kart and the power of a blue shell but this time Neshadas made it more realistic since it’s hard to resist to a so destructive weapon.
The final piece is really beautifull, I love colors and every part is really cool. Rosalina so adorable and innocent with this preoccupied expression having her motorbike damaged as her suit adding a nice mix into cuteness and sexiness. It’s expressive, sensual, detailed and Neshadas also added a dynamic touch with wind on Rosalina’s hair. Talking about details, The vehicle is really well made being so cool and a impressive but wont be easy to repair it. Like the background Neshadas made it happen on the Star race but I hope it won’t be dramatic if you leave the road and be lost in the galaxy… O_o 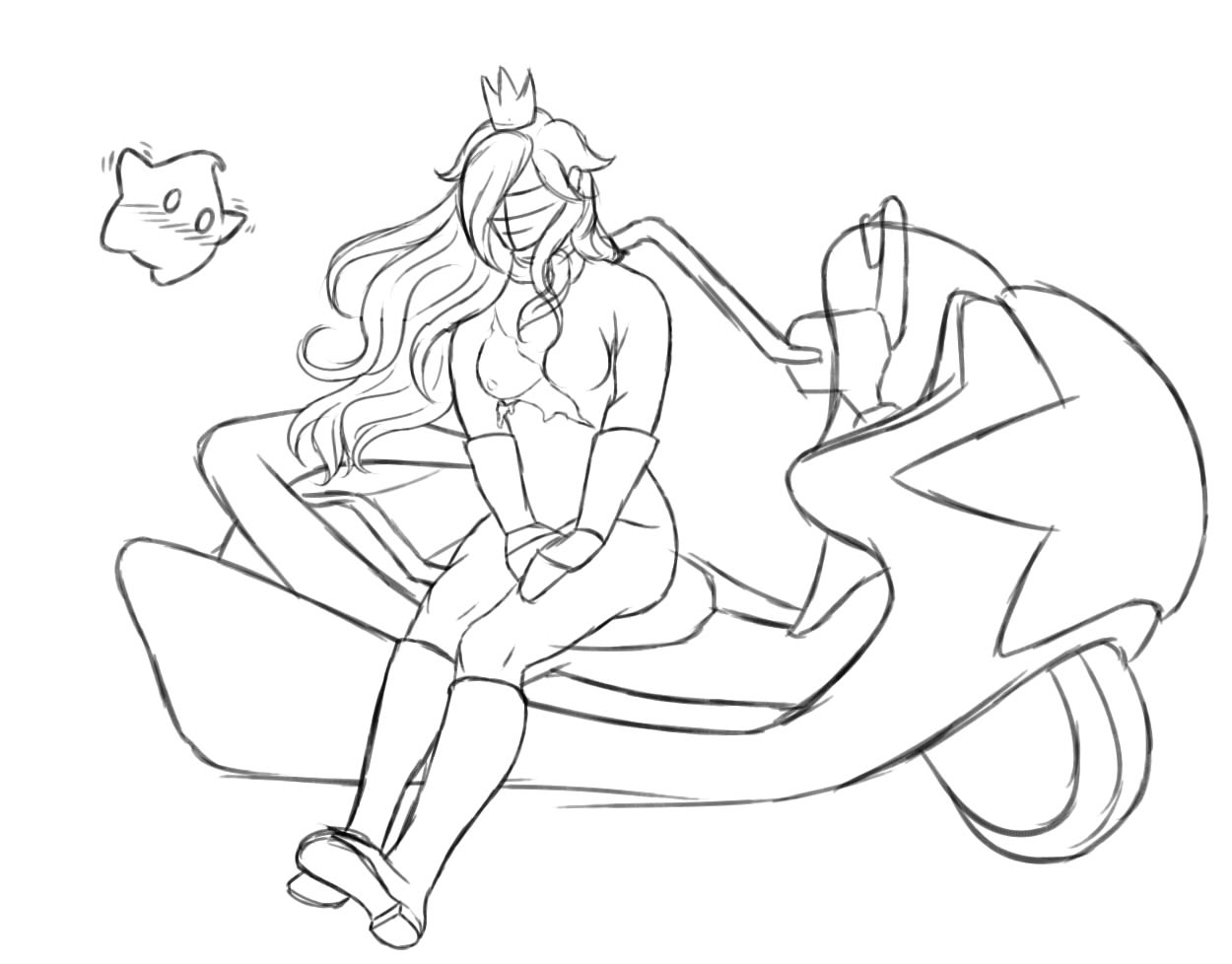 The Luma in corner also looks sooo cute and adorable, I guess Neshadas made him blush seeing his mama partially naked. At some point I consider Lumas being so pure and innocent that they don’t really know about what mean nudity but I wont say Neshadas made it wrong at all. After all, Rosalina being a human she may have told them about privacy or I’ll wish all my life to reincarnate into Luma and be able see her on the bathroom… Just from that ecchi touch Neshadas added, I’m not sure publish it on the soft blog, really light nudity for sure but better be prudent.
Once again, thanks so much for your support Ivan and Neshadas who did a marvelous illustration, Rosalina looks so beautifull and pretty with her style. Also to discover more that Venezuelan artist, just have a look at her profile on Deviantart (here) or Tumblr (here) and HentaiFoundry (here) where you can see her NSFW art.