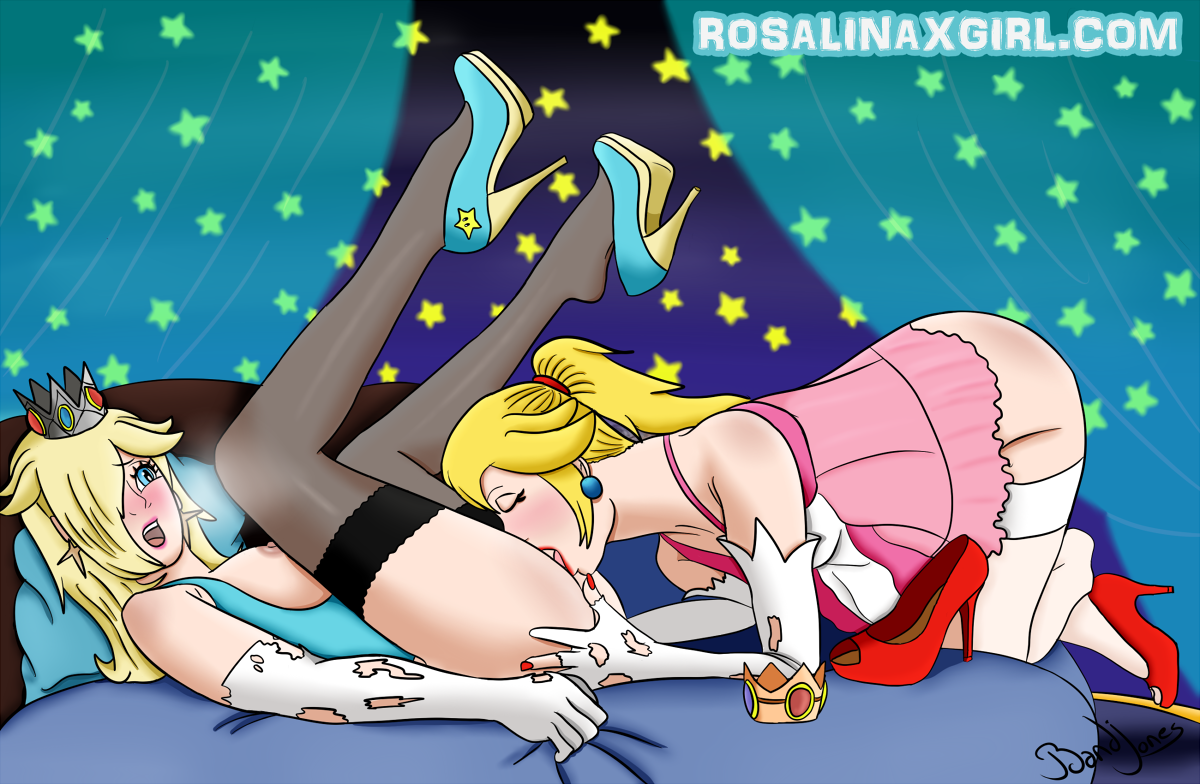 Forgot my usb key where I prepared the Rukyo post that had to be published previously, I can say it’s the curse from the 666th illustration on the site but must admit it happen like once a week (and even more dramatic when week-end coming). No choice since all dropbox and drive blocked at work and each time I install a new one it don’t need more than a week to be down… Raaah… T_T
Also as Nintendo fan I sure saw about the Nintendo Switch, it sure looks interesting and bit complex with so much (expensive?) accessories to come. I’m now curious if manets are comfy to use, autonomy, retro-compatibility with WiiU games and the price… Suspense… 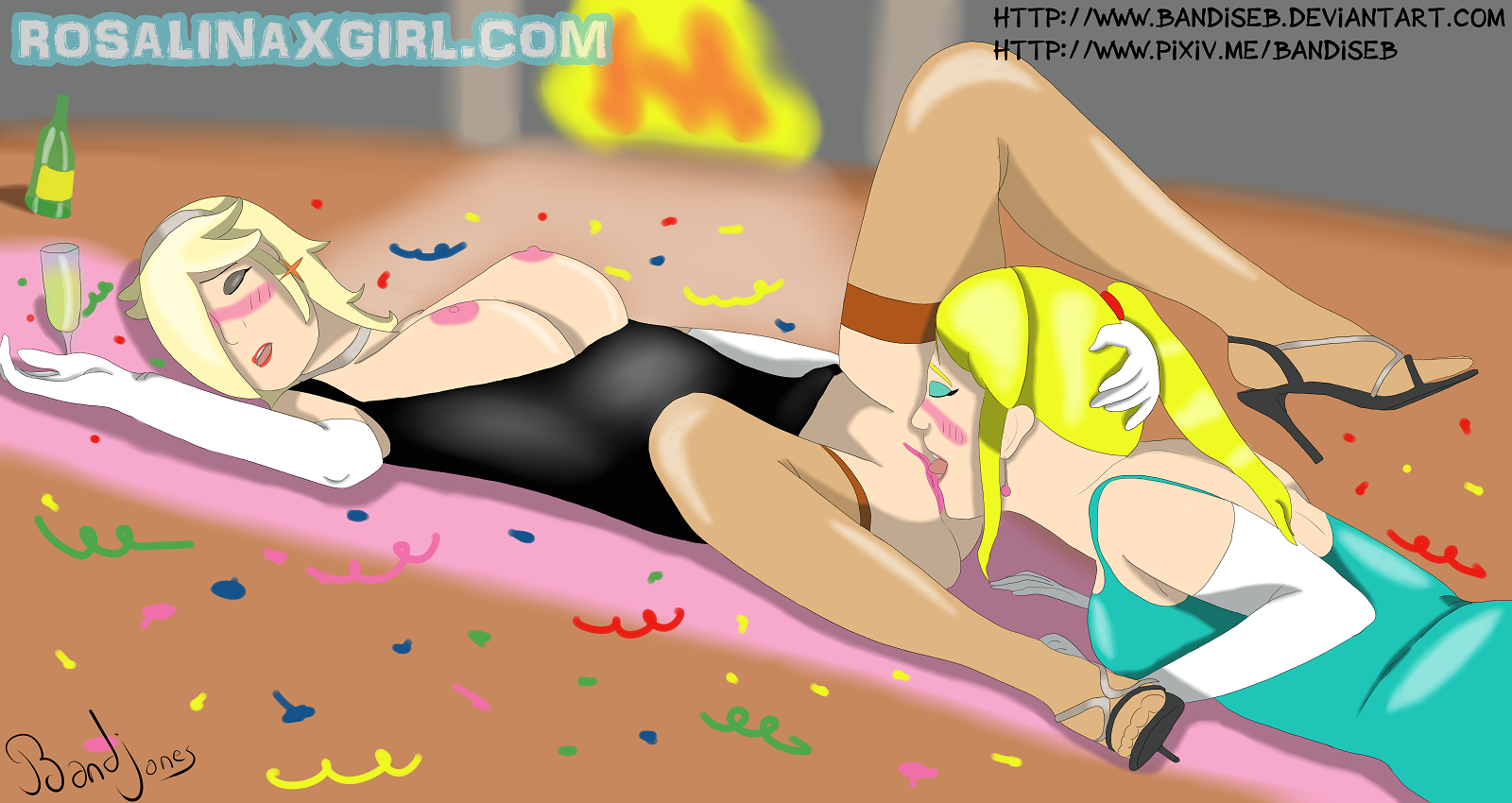 After a spending some fun time with Samus back to a party (on the right) or being serviced orally by Lysithea (on the left), BandiJones contacted me to announce another kinky duo coming with Rosalina and Peach. Be sure I was really excited about it, not only because another Rosalina illustration but since BandiJones is a french artist with cunnilingus and high heels fetish (how powerfull). Also it’s the 31th time I receive Rosalina and Peach pairing for the blog but this duo is kinda magic and it’s real interesting to see how that duo can look depending the artist style and idea, if you are curious you can see all Rosalina x Peach illustrations here.
I was so honored receiving BandiJones mail, it’s so nice when people think at me when it concern Rosalina content they saw or created but this time it was more as teaser cause I wasn’t allowed see the illustration before it goes completed, how cruel. Anyway, since it took more time than expected I finally got some compassion and be able get a WIP (kinda exaggerating about BandiJones, he’s really nice guy). Something intimate, expressive and intense as you can see on Rosalina face and also both princess gloves torn, ‘Rosalina could have caught Peach’s glove as with the bed sheets cause excitation and tear the fabric‘, the idea is sure interesting but torn clothes represent more a fight in my opinion, what do you think guys? 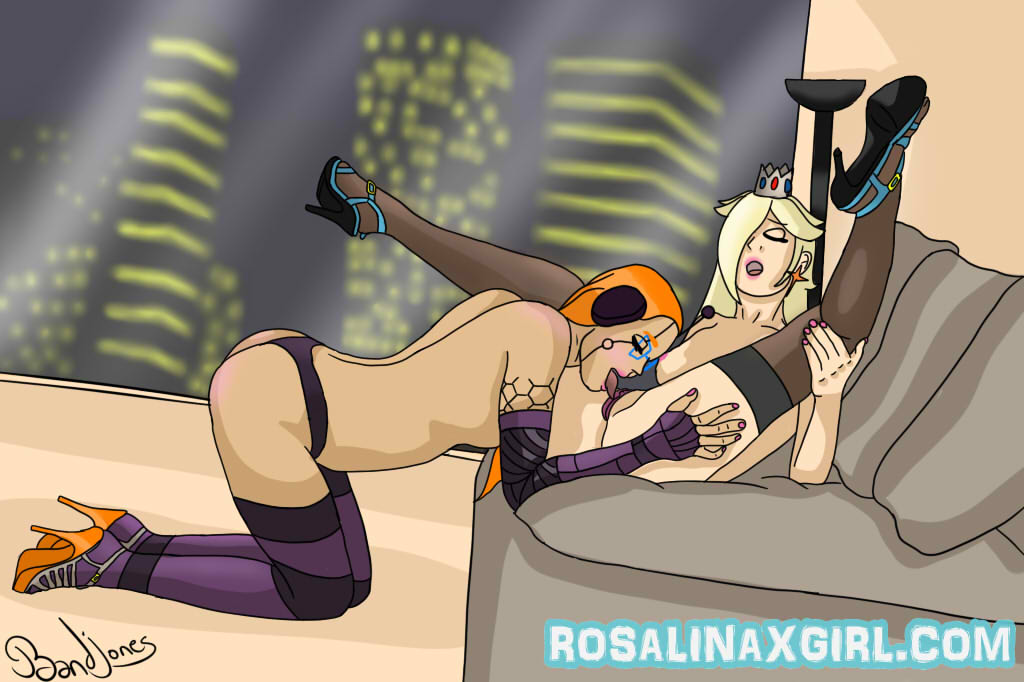 What’s wonderfull when you follow an illustration creation is to discover about details or ideas that never appear on the final version. As example BandiJones wanted Peach heel a bit wet from Rosalina licking after partially remove her shoe. Not really sure if the idea was abandoned or too hard to figure while coloring (high heels shoes still here so we keep the best). Better BandiJones don’t spend time on a detail people may not notice, anyway I must figure a licking scene with shoe dangling a day… °w°
I hope you love this new illustration as me guys, BandiJones was really kind tell me about this illustration and let me publish it here but on your side don’t miss discover his art on Deviantart, Tumblr and even more (all listed below). He increased a lot his level sicne the first time I discovered him and now will be time to move from requests to commissions. Must be really interesting price at start so don’t miss you chance let that cunni-sempai make your dreams come true… Oh yeah… \(^o^)/

One year ago: Splatoon squid sisters want a… Squirt
Next to come: It’s Halloween party (SFW/NSFW)