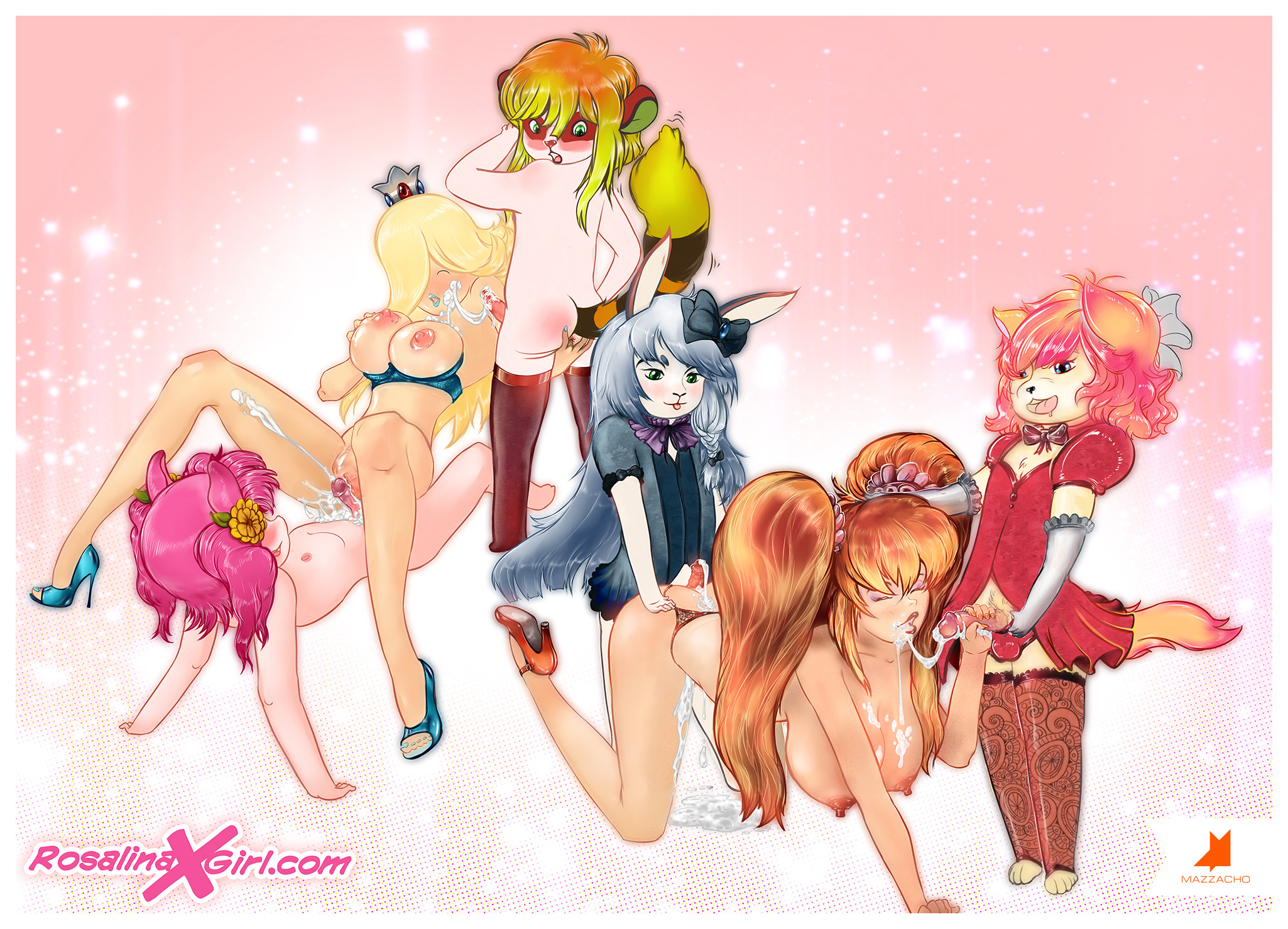 Started to submit on HentaiFoundry the illustrations from Overwatch series (that you can see here), for the moment the one with Mercy was accepted after a long time in queued and for Zarya it was rejected in less than 24 hours. I know Hf standards are a bit particular but that’s still frustrating to see an illustration that the artist worked hard on it and you love so much rejected. I still have some pieces to post but I let them forget about me a little… ^^
Anyway a huge problem is coming next week, for now I live in a living room and when step-mother will be back from Romania she come with her sister that want to live in France and will since no place will also live in the same room. No any intimacy for now and also must be like stopping everything earlier on evening when she would need to sleep. Must really get my own place but that’s so long in France to buy with all procedures >.<

First, for someone into yuri and jealous to see one with Rosalina, men are like evil but I wasn’t able to resist when Loli showed me those adorable OC. Wanted give her a little surprise pairing then with Rosalina and her OC Imelia that was already drew for the project and will appear soon. Problem is when you want a 6 characters illustration with straight shota action and both human/furry, find an artist who can accept it with a style that match and get a price that wont kill my budget for months sounds like an impossible challenge. Not that impossible since Mazzacho accepted to work on that crazy idea still doing his best… Thanks so much my friend… \(^o^)/ 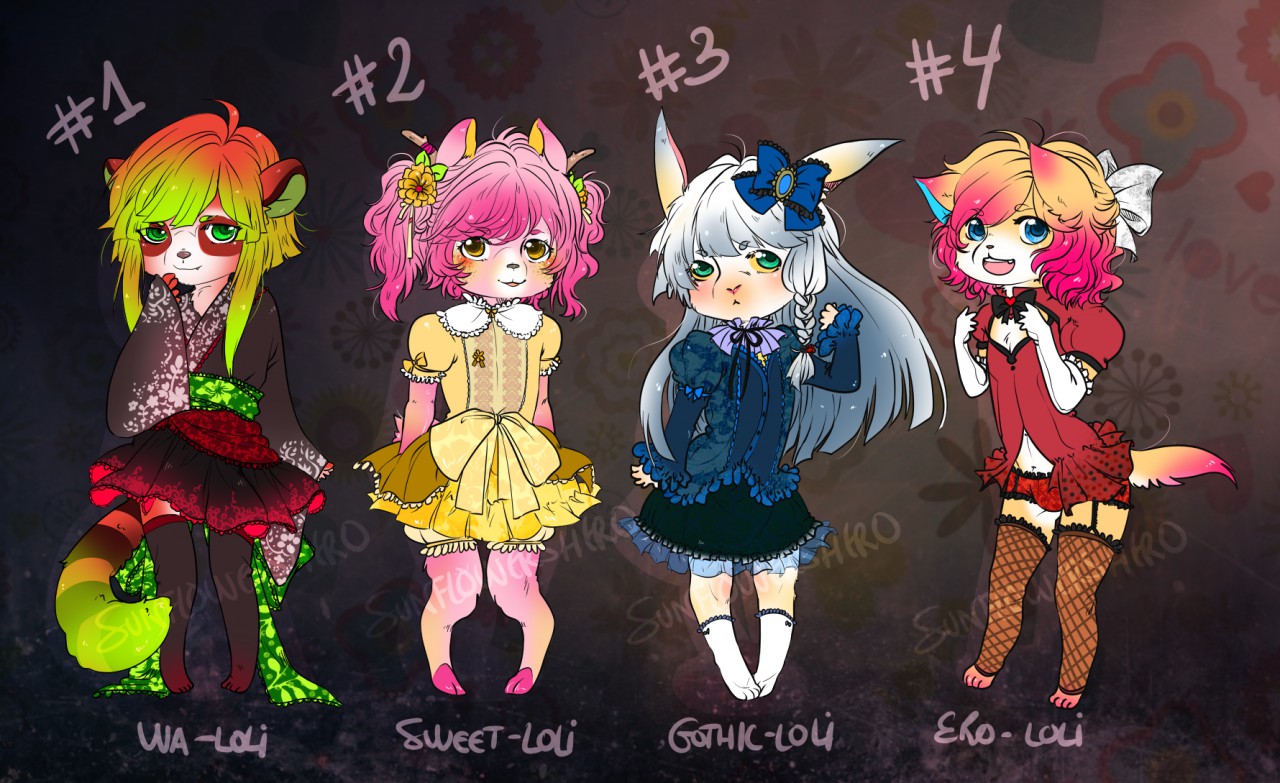 No one can be more incredible than Rosalina but must admit I really love the cute panda, he’s my fav from those cute trap boys. Was a bit sad at first see Mazzacho drew him naked cause his original outfit was also really adorable (and bit sexy) but he was edited to look at us with a cool expression cause Rosalina’s kinky finger giving him a bit of anal feeling, I also heard it give stronger erection get bigger load of cum that way, not sure if really work and curious if you know about that guys but at last Rosalina wanted to try and may not be disappointment by all that tasty cum she received. Mazzacho gave lot of cum for Rosalina and Imelia, must admit as messy lover I love so much that addition, also not often Rosalina can get a little dick to enjoy (yuri rules) so no way to fully enjoy it.
The more impressive when you follow Mazzacho’s livestreams isn’t the way he work or that he kinda know everything about photoshop but the amount of work for each details and character. When you think someone looks cool and done he continue work on it and when it reach an epic step and you see that Mazzacho isn’t done with that part still adding some shadings and effect you wonder what words even more powerfull you can use to describe it after that. There will be HD version for 2$+ patreon members and on this one you’ll be able really see all that amazing works between this illustration. Oh yeah… ^^
Mazzacho have really interesting commission prices, for 30$ you can get 3 hours streaming when you ca ask him everything you want, can be multiple sketches or a nice pin-up with some color and for an illustration like this it cost only 70$. Assuming it sounds a lot of money but compared to artist than only draw a single character at this price you can get wonderfull deals with Mazzacho, don’t hesitate to ask for a price estimation at last and share with him your kinky dreams and ideas during his livestreams sessions… °w°
As if this one was a gift and surprise for my friend Loli that also won the last patreon raffle (damn lucky) I wasn’t able to resist add Rosalina in to get another piece with my favorite princess. While Mazzacho was working on the illustration I was wondering a lot if have to be or not on the site cause it’s not a yuri and also shota/loli are a bit special fetish that some can’t like. I’m always amazed by Mazzacho art and was sure he will create something incredible then so bad miss a way post a great piece and promote his art. Just don’t miss take a look at links below to discover/follow/support him, all that he deserve and be sure you must enjoy his style.