Patrons got the WIP of August raffle winner with last post and final version will come one I finish the Overwatch series. Pleage guys consider be a patreon member too supporting the project for even more kinky and qualited art and then get a bonus twice a week or enter the raffle to be able ask anything you want (as long no men and Rosalina according to the project) ^^
Anyway wont be here to work on the project this week-end with step father birthday, then next week I’ll work on the wishlist to add new ladies (was a long time) and update ‘Where is my pokemon?‘ page.

Let’s contiue Overwatch series with the second illustration by DigitallyDeviant and a totally new girl with Rosalina, time for his favorite from the series to take care of that cute princess and you can imagine it will be intense for Rosalina ass when you know how badass is Zarya. In fact it was a long time DigitallyDeviant talked about Zarya but like the characters it always sounded a bit rude for my favorite princess ass but it finally happened. ^^’
As for the previous duo with Mercy, DigitallyDeviant only had a pose reference for Rosalina to start with that you can see on the first sketch he sent me. He kinda have a little fetish for ass as me with high heels and wanted use that pose from a recent photo series I made and it’s after that he decided what character add for this duo assuming it wasn’t long before DigitallyDeviant start Zarya.
Then started the illustration and a lot of edits, would love to show all steps with WIP I received from DigitallyDeviant but would be so much space so let me explain quickly and offer all WIP to patreon member. At first it was Zaria leg that was reduced a bit (as if still looks really impressive) and then Rosalina crown to be closer to the original design before another important part. On next step DigitallyDeviant made alternative version, girl/trap mixed with clean/messy so we have now 4 variations. With one is your favorite guys? 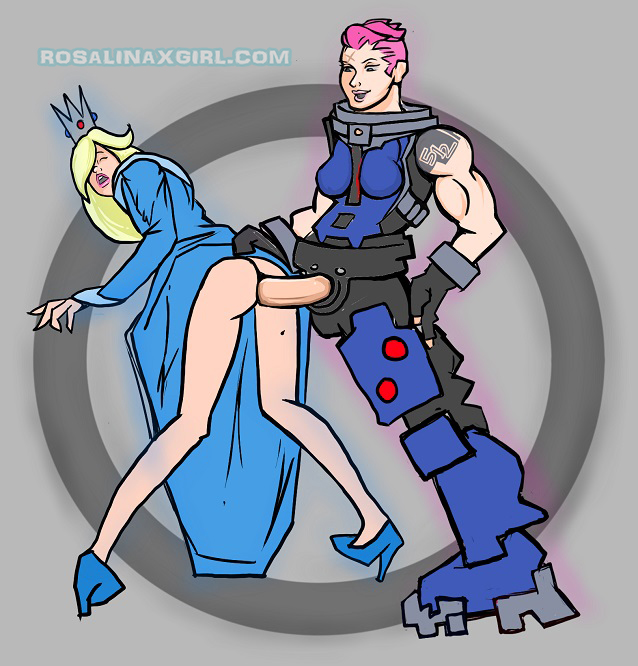 One year ago: #548 – WONDERFULL Vintage pin-up promotion
Next to come: Symmetr(ass) tasting (NSFW)