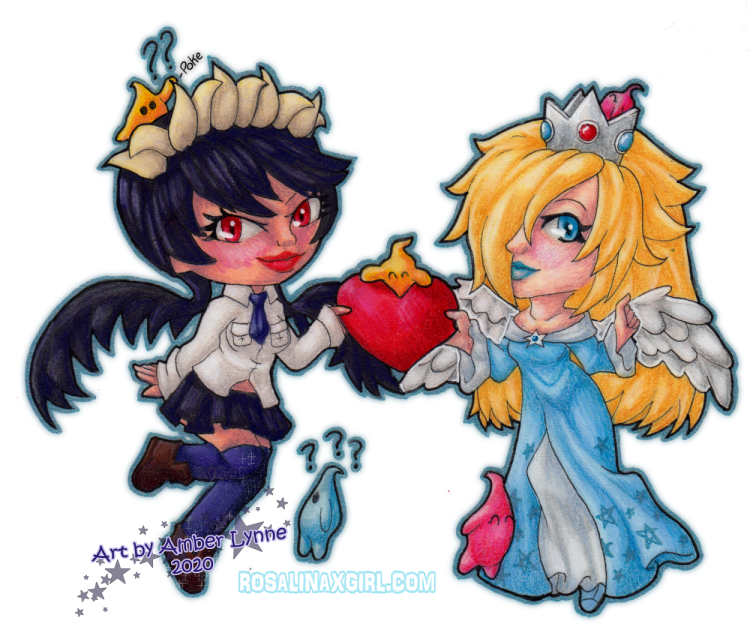 It was announced to be “Shiny ladies” as next publication but there was change of plan getting the opportunity of a romantic illustration to post on Valentine day. I also delayed the publication to come in time for this day even if for some peoples it’s not a super amazing day (I’m single at this time so know the feeling). There’s some considering V-day as a commercial event that isn’t needed for people to show their love, quite true for sure but I guess this logic came as excuse for people frustrated of not spending this one with their beloved. Anyway everyday deserve to be a great day so Happy Valentine day and… Week-end soon \(^o^)/

Once again I’m sorry for Mazzacho that will have wait a little more before his drawing can shine on this place but no worries my friend, there’s no reason I can forget you and that illustration will come for sure ^__^ 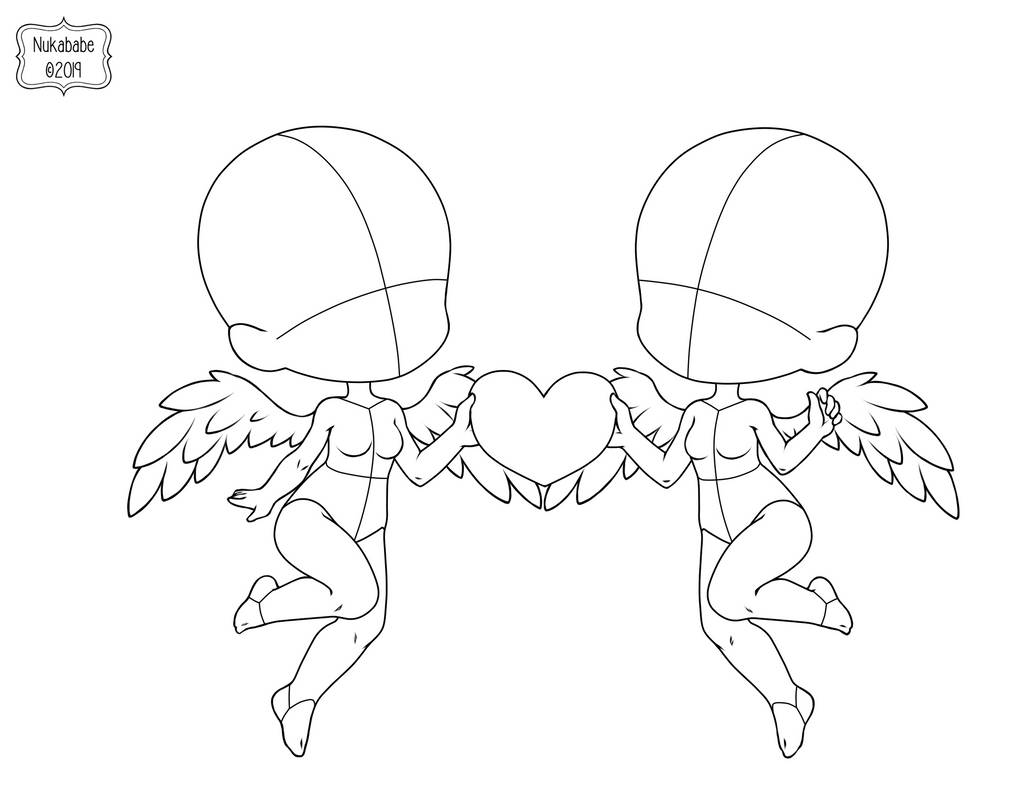 And today come a romantic illustration with Filia from Skullgirls for the spirit of Valentine day, this one came in pretty unexpected way after I helped Lunakiri to get a bottle of Advil (it’s so hard lately that some people can allow themselves some basic medication stuff), as thanks so offered me to create a chibi illustration of my choice. To help me decide, Lunakiri linked me a folder with base poses references for chibis and I found a lovely one that could make a sweet piece for Valentine, I quickly goes sending it before get my attention on others ideas that would make it so hard to choose… °o° 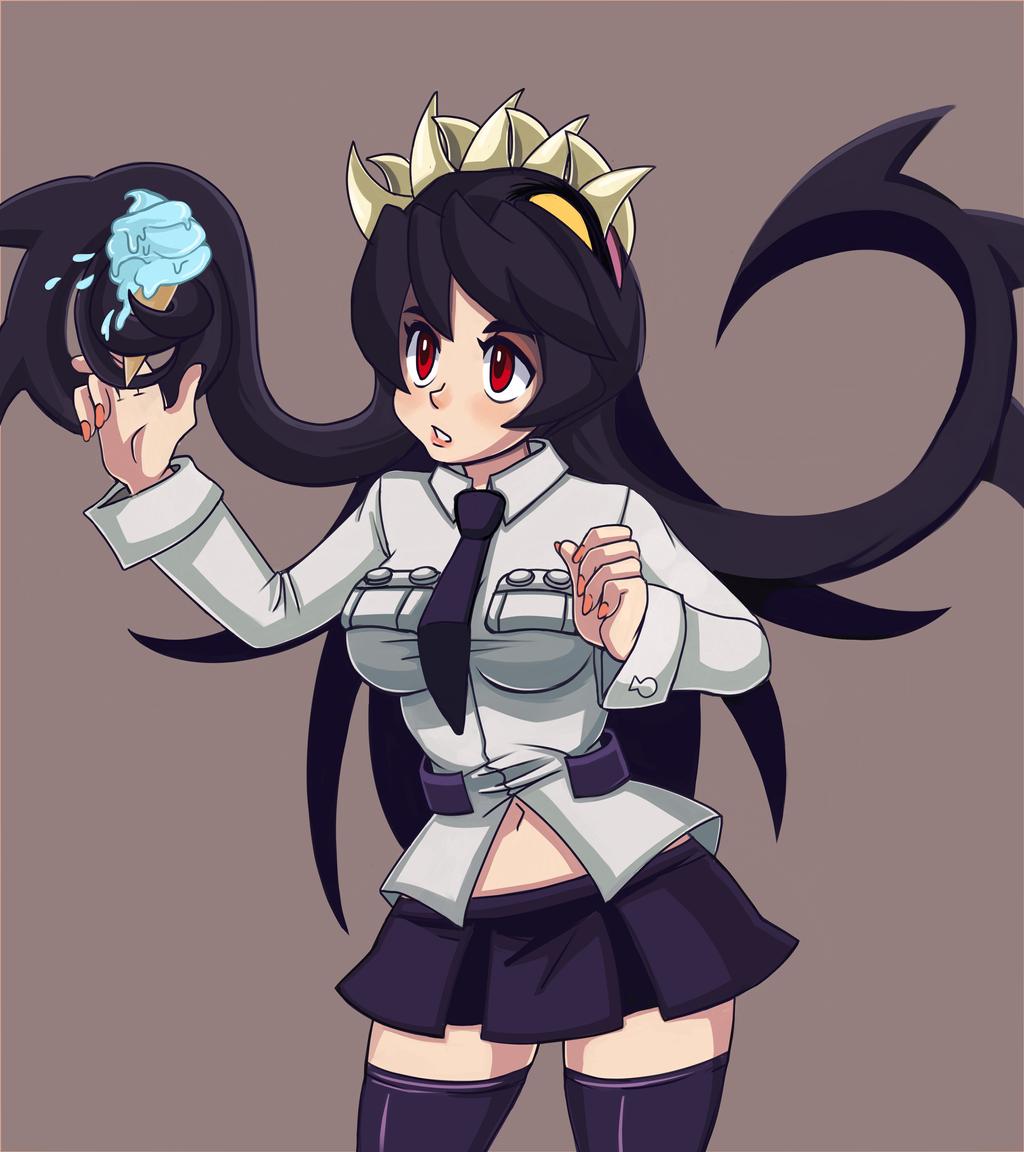 The pose was picked and locked so second step was decide who will be Rosalina’s lover on this drawing, it’s on this part there was too much ideas and indecision in my mind so I asked Lunakiri if she can give me an idea whatever the direction and she said “how about an angel+devil look? Rosa + Filia from Skullgirls?“. I really loved the idea of angel and demon duo that sounds classic but always so magic (totally suits Rosalina) and Lunakiri sure know about her chibi style better than mean so suggesting Filia then I had no doubts the character would fit perfectly the drawing. Also she was a character that Lunakiri chosen (so obliviously like her) and who never met Rosalina so it was just perfect way to get a new lady for the project while keep fun and freedom for the artist… °w° 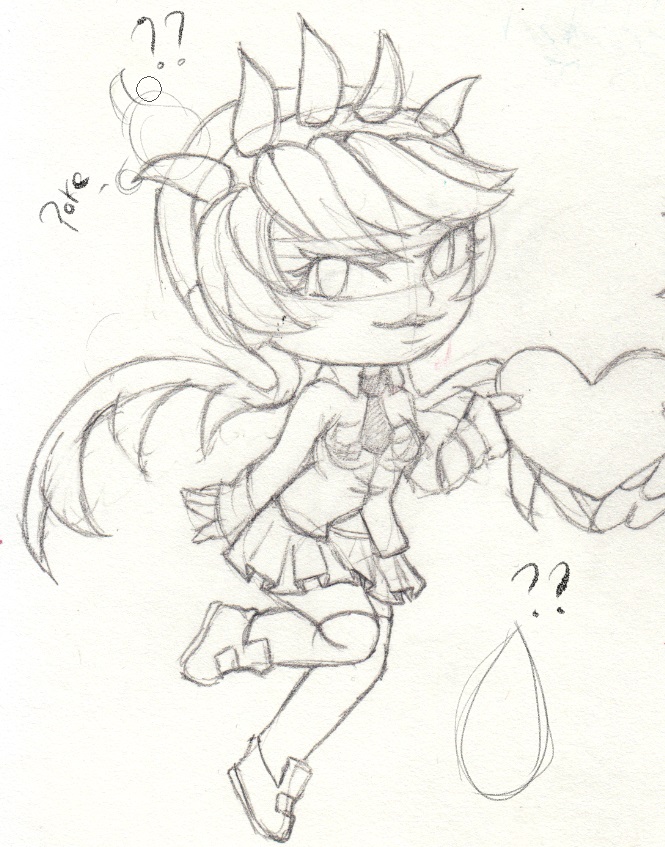 There was also the point of giving Rosalina her casual dress or give her a white outfit to work even better on the angel look, my side I wanted be sure people recognize Rosalina so Lunakiri offered to “keep the same dress, make it lighter coloured, and add in a luma or two“, sounded perfect to me. Considering the background and atmosphere, it first was decided to Lumas on Rosalina side only there wasn’t anything linked to Filia that could on her side there was some extra curious Lumas added during the sketch process. Later we found that Filia’s hair can take any shape or form but we found nothing from that ability we could use as great addition for the illustration so kept going with the initial Lumas idea (not big deal, Lumas are the cutest creature ever). ^^ 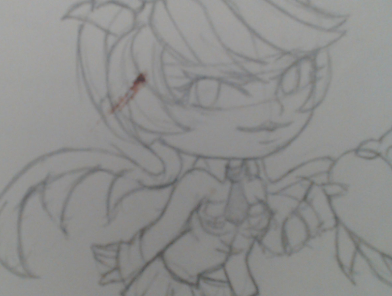 The final illustration looks really amazing and pretty, not too much time to work on it anyway Lunakiri promised she would finish the illustration in time and did it, not the first time she work on an illustration with deadline for the project and always managed to finish in time, thanks so much for your great work. There’s just one bad new considering Lunakiri started record the process to make a speed-drawing video but there was an accident that damaged the sketch, not much but a mark with no idea where it come from, at first Lunakiri wanted to fully redo but didn’t wanted her waste to much time. Finally this mark isn’t visible on the final illustration using a darker colour on Filia hairs to hide it but there wont be video about coming in the future, bit annoying but could have been worse so let’s not complain and enjoy this adorable scene ^__^