Even if you only see a post per week appear there is hours of work coming each week to maintain the RosalinaxGirl project alive, only for a post itself I have prepare the budget, find the artist (you can consider this step as spamming), write the post and finally make posts on Patreon then share around (Twitter, Tumblr, Gelbooru, Sankaku, Rule34…). Also I’m not just going to simply post pics, as you can see all art get a dedicated and constructive post that I hope you guys take time to read (should have keep this part for April fool)… ^^
For now it could be easy but there is so much left: managing budget, patreon rewards/ monthly raffle then update all pages and continue rework on all post to clean the html mistakes… Then no more talking, back to work… °o° 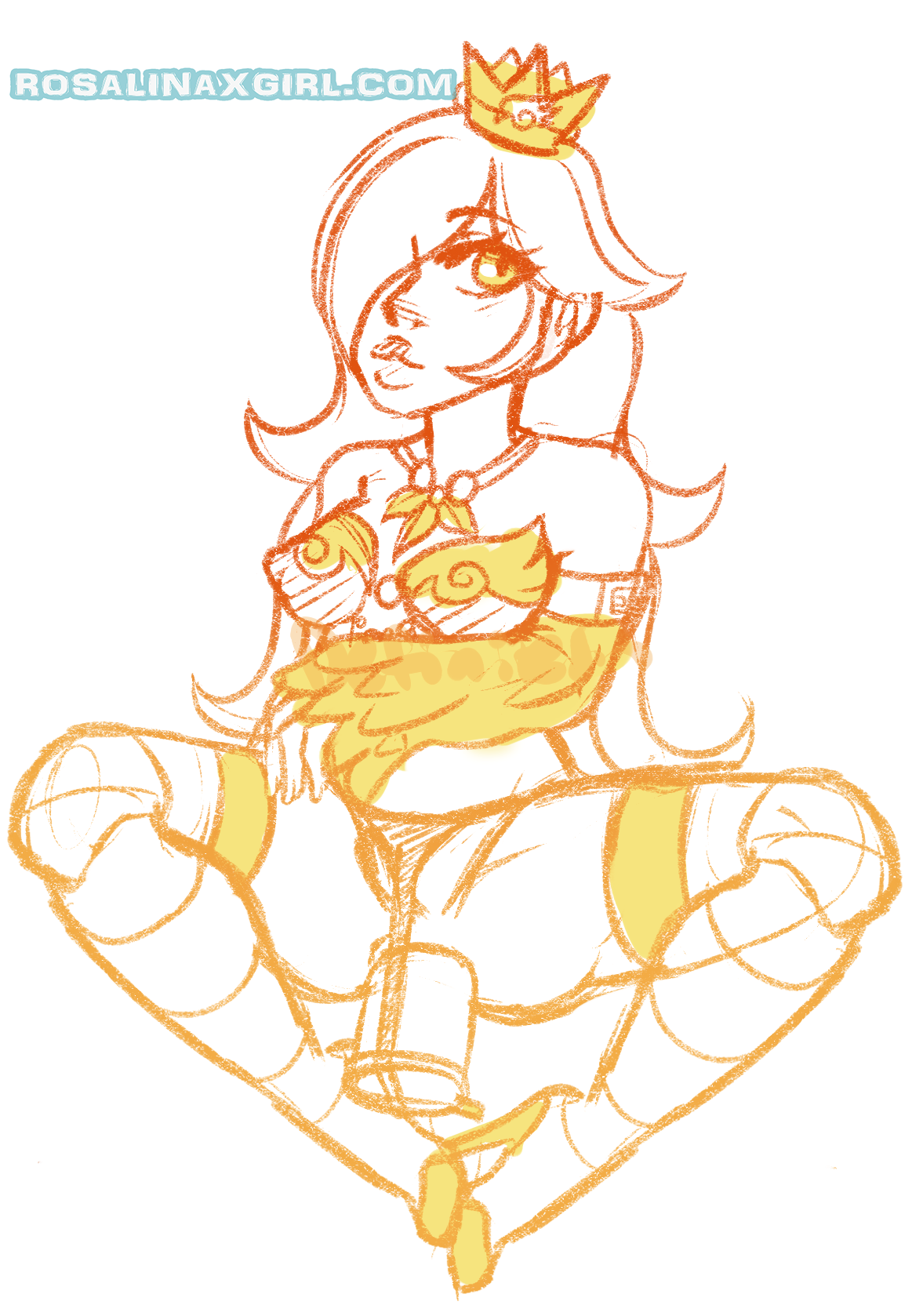 And by work, the one I have to do now is present you this new sexy pin-up made by DefiniteSin during a request livestream, It was a really pleasant moment with cool people around and when come the time I’m able request Rosalina artwork then it’s magic. I want to hug DefiniteSin for her cuteness drawing Rosalina again after the Chocobo outfit I posted last year and that you can see on the left… °w°
The previous illustration idea was Rosalina wearing a sexy chocobo outfit and for this piece I asked DefiniteSin if she can make a sexy Rosalina wearing lingerie and stripper heels. Not coincidence they are two of my biggest fetish and I’ll never stop ask them as long as I can since it looks so wonderfull on Rosalina. The illustration is bit sketchy but that was sketch raffle so logic, also DefiniteSin managed great work on Rosalina’s accessories adding her crown, wand and the medallion as collar that I really love the design, it cool way to keep it when Rosalina is topless… ^__^

Rosalina’s outfit isn’t canon so the only mistake I could tell is the crown gem being yellow instead of right so being serious DefiniteSin just did a perfect work even more since she had a limited time to switch into other requests.
Colouring was made after the stream that ended with the wip you can see on the rght be be able manage mroe request while the livestream was runing, also there is something you people should never miss is the incredible speed DefiniteSin have durign her livestreams. I feel like saying too to much since everybody talk about that feeling you are looking at a speedpainting so really don’t miss follow on picarto (here) to be ready for next stream. DefiniteSin is damn talented and seems have super power since she can also draw that fast and talk in the chat (black magic guys) but she always so dedicated on her art and if you wish to commission be ready to be amazed… Oh yeah… \(^o^)/

It’s really hard find artists that suit the budget and also can make quality art, on a way it sounds like rape at some point looking for unfair prices for artists but I do my best give them some support, advices and make the best post I can when time to show their illustration on the blog. Also found some really interesting next artists that will appear soon, stay tuned… °w°
I really hate hospitals being really sensitive to blood and injections, anyway it’s not the only thing that made this week totally crazy and confusing at some point due to totally unexpected news. Now time for a long week-end out of the internet, will be boring at some points but I guess I need it to have a break. U_u 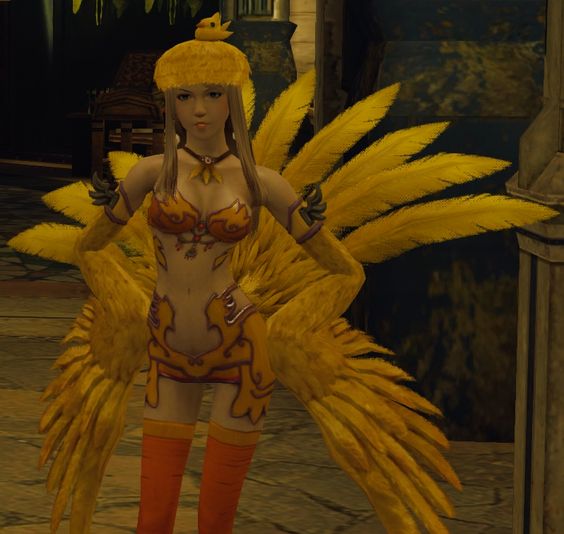 It first started with a livestream request DefiniteSin started on Picarto, it was so impressive see her draw being so fast that you wonder if you looks at a livestream or speed-painting at some points. Anyway I had the opportunity get a shot for a little sketch and the main challenge was to decide about a great idea to suggest that would be cool to see and fun to draw since it’s important the artist have pleasure, even more for a request. I guess it’s the final Fantasy soundtracks that made me in the mood ask DefiniteSin to draw Rosalina in a sexy Chocobo suit like ref on the left.
Other point of the idea was Rosalina fucking a chocobo dick dildo but there is no design existing for it and the outfit would be already a lot of work for DefiniteSin so create a new design would be too much for a sketch, anyway we keep the naughty touch with Rosalina ridding a huge dildo. Hot action but Rosalina stay lovely being calm and so ravishing with this outfit, colors looks great and love how DefiniteSin managed the feathers on the suit and this little on as decoration on the crown. 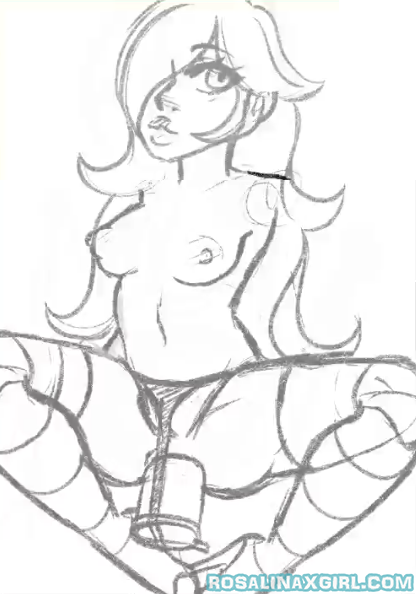 DefiniteSin‘s speed was impressive watching her working on this illustration but there was a lot of details to manage so make it faster don’t mean there isn’t a lot of work. it’s also how the lines looks like traditional pencil that is interesting, there is powerfull tools on digital but make it looks like traditional art, that’s cheat… XD
I hope you like this illustrations and for more just be sure to follow DefiniteSin on Picarto or for the art she already created, many places to visit that are all linked bellow. A powerfull art and skilled artist that do requests or raffles but you know it’s not what pay the bills (fucking society rules) so you can also consider get a commission from DefiniteSin have your fetishes and dream come true and offer some support on patreon (here)… Oh yeah… \(^o^)/