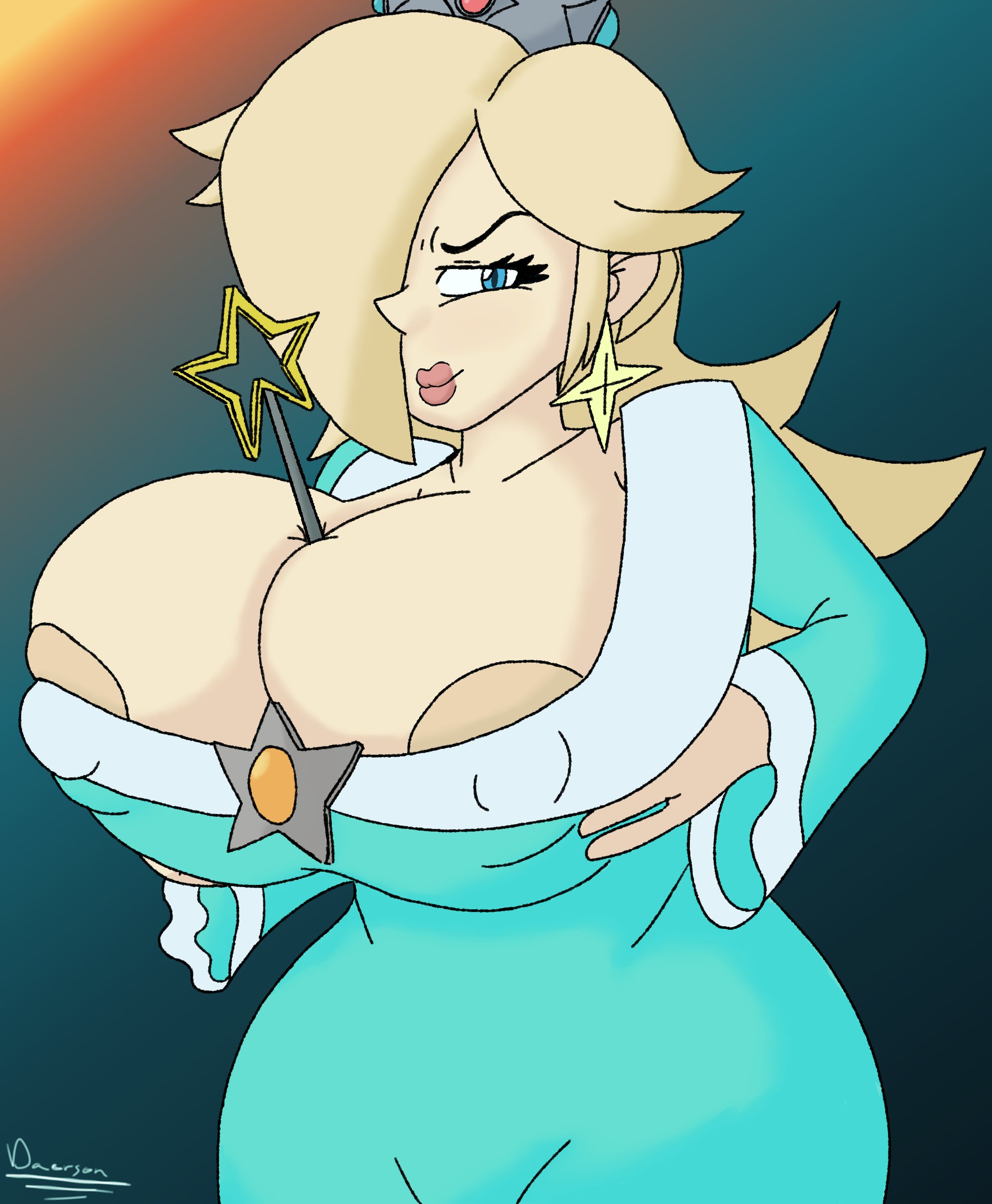 April is here and Easter will be pretty original in 2020, I hope you’ll have a chance to celebrate it and treat yourself with some tasty chocolate (let’s not waste a good reason to enjoy it). Also my side I sure wanna give a huge thanks to all supporting the project this month on patreon, you guys rock as much as I love chocolate XD

Also come the result of the ticketing raffle with a special rule for the reward, let’s first congrat Tallon Bearden that decide what he want to draw on an illustration by SomikoArts and now listen carefully; Tallon can ask a duo scene or a solo Rosalina pin-up with two outfit alternative of his choice. I know the spirit or the project is about yuri since the day I created it but having this alternative outfits option is rare so let’s offer it °w°

Time to discover a new artist with this really busty Rosalina made by Daerson, I meet him a day Garlberts was streaming and talking in the chat he told me he was also an artist and should get back to drawing more. You can imagine it’s the kid of opportunity I cannot miss so I asked Daerson if he would be interested take part to the RosalinaXGirl project and no need to tell about his answer considering the meaning of today publication… ^__^

I gave total freedom to Daerson (except the no men rule) and he decided to go with a Rosalina pin-up bust, not a yuri piece but would not be fair bring him into too complex project even to start (and being a free request only bastards can be exigent with the artist). Things got super fast since the next day after the stream, Daerson was “Finally done with the rough sketch“ and when I told Daerson that I was surprised and amazed about how fast he made the illustration, he told me “I get the comment a lot about me being fast but eh this is just a rough sketch so doesn’t take me too long as long as I know where I’m going with the drawing“. So as you can imagine he had a precise idea with the illustration from the start, it’s powerfull to see Rosalina was great source of inspiration… Oh yeah… \(^o^)/

Following the spirit of the sketch, you can be sure the final version also came really quickly, as you can see the major edit from the sketch was Rosalina tongue removed, so bad cause I liked that move pretty cute and sexy anyway about that point Daerson told me he “screwed up with something with the placement of the tongue“ anyway Rosalina’s massive breasts are still here and I know it’s the point most will focus on. The result is super cool and a huge thanks to Daerson for his participation to the project. Feel free follow him on twitter and give him support to keep drawing an practice, as you can see Daerson already have a good level but still need lot of practice with anatomy (aka Rosalina’s nose) and perspective (aka the wand star), nothing that practice can’t beat so keep going my friend and keep having fun ^__^