Today is a special day my side since I’m getting older (family telling me I’m getting old but they sure don’t know what in my mind). Anyway no special publications unless you want to see the spam comments of the day from Russia and the report of a blocked SQL Injection from China ^^’
Also before celebration today was electrical formation, nothing complicated for me since I ended the test with 100% but what I consider stupid is the accreditation after a day allow me to do nothing, not enough to even replace a lamp in the office (so useless stuff)… O_o. 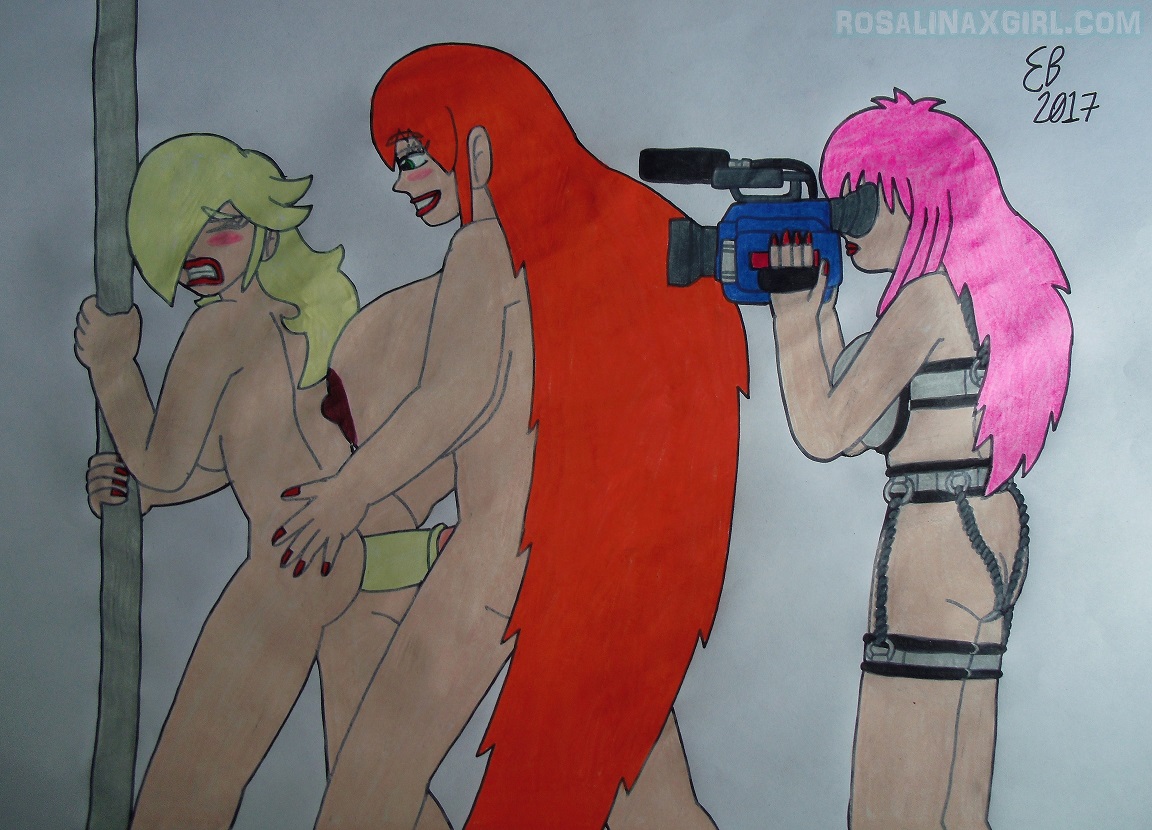 Like two in a row wasn’t enough, here come a 3rd illustration by Shnoogums5060 for the project (see the two previous illustrations here), another piece with traditional art style and an insane naughty level once again. In the illustration Shnoogums5060‘s OC; Shogoku Yoshihiro and Li Zhao Xie join Rosalina for another deep fuck princess session and seem Rosalina pussy still remain tight for Shogoku’s massive dick making it really intense for both girls… °w°
Anyway compared to the previous illustration (on the left), Li wont be filming again but really want get some fun too and picked a strap-on “slightly” bigger than Shogoku’s dick, you can be sure this one wont fit easily even after Rosalina pussy being a little stretched by Shogoku anyway it sure mean to be something freaking epic to watch (let’s hope Shnoogums5060 his holding the camera this time). I know on a realistic side no one can ride such giant dick or toys anyway art allow us to cheat so would be not fun miss this opportunity to see Rosalina getting those massive sticks deep in her pussy moaning loudly and after being trained well with Shogoku and Li they could go try some DP sex, damn crazy but so exciting thing… XD

A huge thanks to Shnoogums5060 for his support on the project and great work on this illustration, even is traditional art is more limited the result here is powerfull, a strong and exciting feeling with some great details and ideas, personally I love so much Li’s outfit and the crown glowing as showing Rosalina pleasure level. Also you can see on the left a recent illustration with a busty Daisy wearing Rosalina dress that I like and wanted to share anyway you can see way more from Shnoogums5060 on his Deviantart and Furaffinity for the NSFW stuff. He’s also not just an active artist but often post interesting journals so there is so much you can do as watch, read, talk and well… Fap too… ^^’