I got one of my Christmas gift yesterday (I know it’s earlier), I wanted it sooo much so cannot resist use it. I also planned do the same today but reminded about the blog update that was waitinge. I’m really sorry for this late post everybody, especially for my dear patreon supporters giving the fuel to the project… °o°
Also as I told in the previous post (I did?), this week will show October and November patreon raffle rewards, not a raffle exactly since patreon don’t allow it but I forgot the exact word… O_o 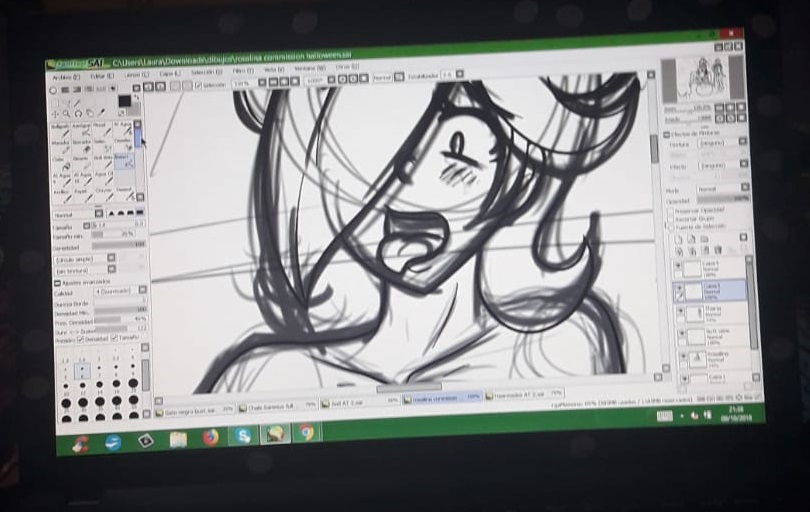 Not a big surprise if I tell you the theme for October illustration was Halloween and was won by Tallon, on the art side the chosen artist was MegumiPan616 who already worked on the duo with Ryuko Matoi and you can be sure more from her is coming on the blog. Then I got an answer where Tallon asked for “Rosalina and tharja from fire Emblem, brewing in a pot a spell and tentacles spring out of the pot surprising rosalina but pleasing Tharja as if she had planned this“. A really cool idea that allow some freedom with characters pose and tentacles but ended really more challenging as expected for MegumiPan616… O_o
And it’s the reason it came after Christmas, when it came close to Halloween seeing all the difficulties MegumiPan616 had with the drawing I told her to not rush cause was better have something late that ending with bad quality (even if it’s a bit frustrating). I also was first considering publish it next year and be “in time” but being a patreon reward I couldn’t make Tallow wait a year to see it. Also as you can see with the sketch on the right, MegumiPan616 had to abandon some parts she planned to make like the close-up on left corner and also haven’t draw a single pumpkin (for another reason but that not fair)… T_T
Depict the background that turned a bit empty and Tharja’s legs that looks curiously long, I hope you guys like this illustration and enjoy MegumiPan616 great work with all tentacles, Rosalina’s expression I love so much and I’m super glad that they managed to complete it through difficulties they were having. If you wish to see more you can visit MegumiPan616 pages with link bellow and why not commission her, she does great prices and is pretty much open to every ideas and kink from cute pin-up to vore comic… Yeah, really… XD