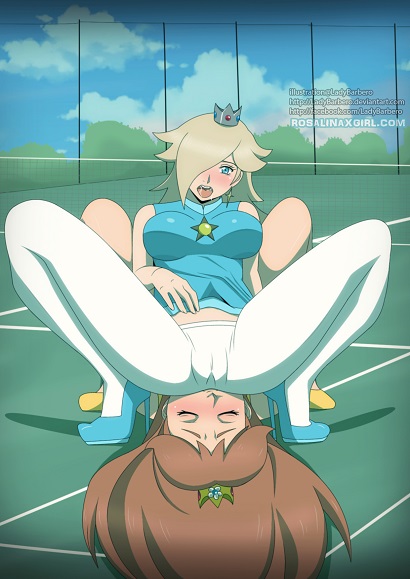 From the previous publication (on the left), there was a sketch with Rosalina fucked by Shy Guy that come as patreon reward, the final version come with Daisy that fit better a yuri project but this version with creampie was damn hot so not fair don’t make it see the light. Little compromise that way showing it as reward… °w°
Also was a crazy week at work, they started to construct a residential building near the office and for two week the earthwork process will be damn noisy with strong vibrations. We were close to move to another place and finally decided use the warehouse more far from the noise. Now the place I work turned into a big mess… O_o

Time for a new illustration with January patreon raffle originally planned to be made by Ocanya that gone silent and finally commissioned to LadyBarbero, the first artist wasn’t really confident about his commission ability but wanted to give a try, now he’s profile wasn’t updated since a month and notes never get answer so no idea what happen. Also little coincidence since Ivan requested Daisy to join Rosalina again. ^^
At first, Ivan asked ‘Rosalina in a futbol uniform like peach and daisy have‘ but Ocanya that had to make the illustration at start wanted to try NSFW so I asked if can go to something more explicit. The second and final idea was ‘face sit one [..] with daisy, rosalina on top‘ and it’s this one that finally goes to LadyBarbero. Last part was about outfit and it was decided to move from futbol to tennis uniform and no doubt the short dress on Rosalina outfit was perfect for that scene… Oh yeah… \(^o^)/
Seeing the sketch from LadyBarbero, Ivan said it looks good but ‘Rosa breasts should be revealed for more eroticism‘, as a pervert it sure sounded hot but as Rosalina cosplayer I already made her tennis suit and that kind of close is really not made to show breasts. The only way to make breasts visible would be Rosalina dress totally ruined/torn but that sounded more rape than eroticism, I just hope Ivan is happy with the final version. 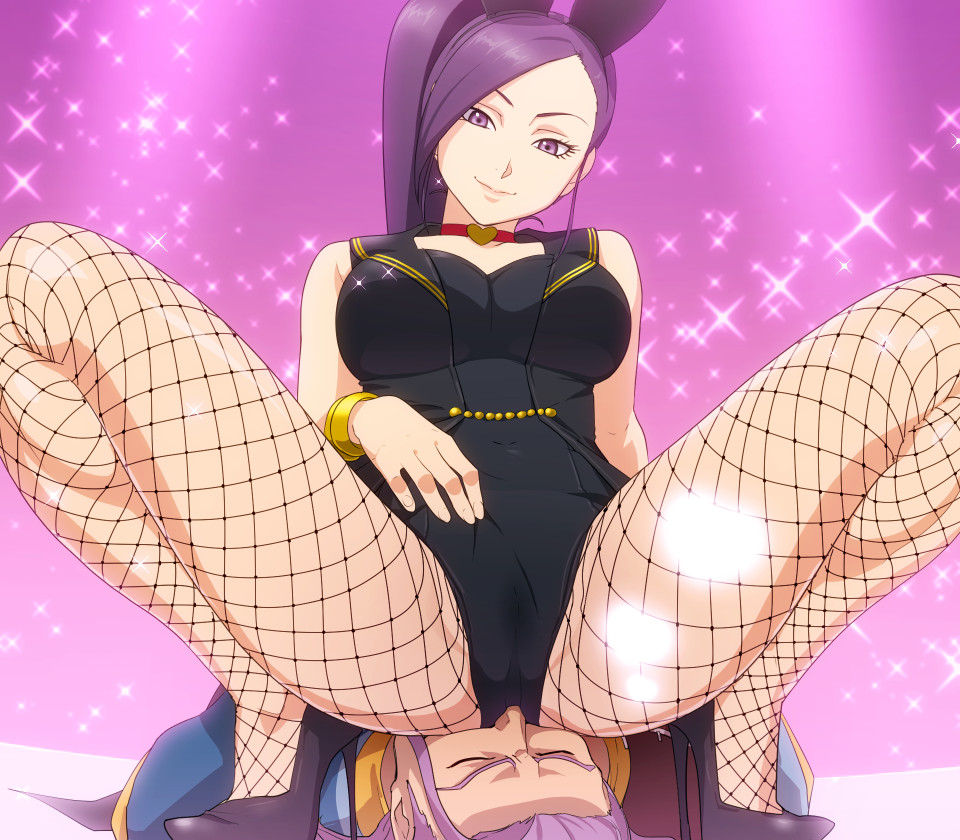 Other detail, I was surprised LadyBarbero haven’t open crotch Rosalina’s pantyhose, even more with a cunni action then noticed she followed the reference I sent so can’t blame her at all. I haven’t asked to open it and finally I must admit a cunnilingus through pantyhose is surprisingly hot. That way it’s original Just need to imagine Rosalina’s pantyhose going wet and make her pussy appear is sure exciting, also could say LadyBarbero save me some time that way since no need to make a censored version for patreon… XD
Little advice: when you ask for a commission be sure prepare a clear idea and limit the number of references, for this one I wanted to mix two references for pose and point of view but I wasn’t enough clear for LadyBarbero. Both of ended with something different in mind so really be careful and be sure make it the more easier to understand. Anyway LadyBarbero still did a great job and Rosalina appear even more hot as expected, just you don’t see Daisy body but whatever. Rosalina’s body, face and the cunni action are on a perfect angle to show the best of that wonderfull princess… Oh yeah… \(^o^)/