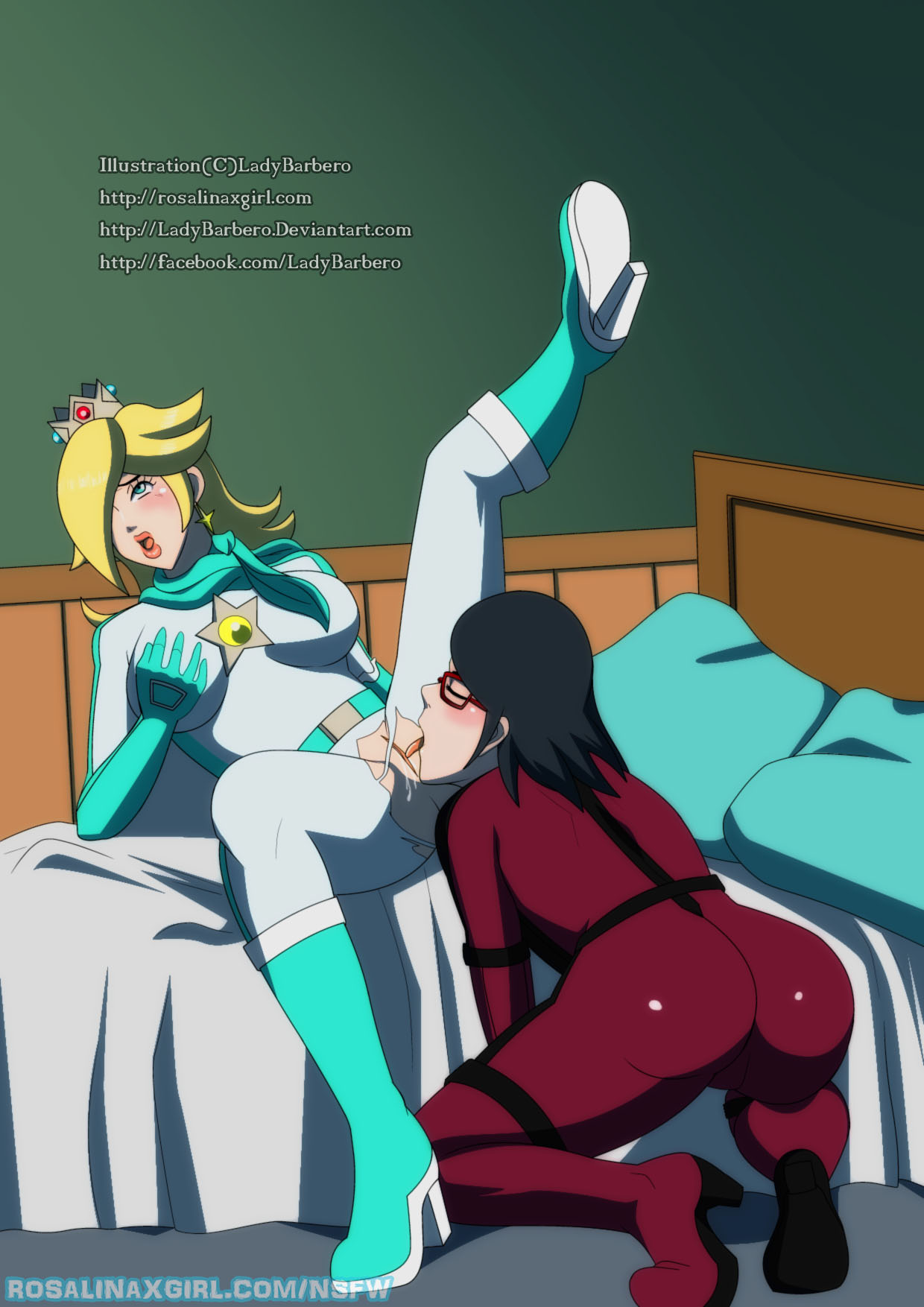 Another busy week-end, even more with a huge update on World of Warship but I have to be serious and now the wishlist page (here) is up to date with all last publications listed. I still wonder if should keep it as wishlist or just turn as index to list all ladies who met Rosalina (or maybe both versions), what do you think guys?
Actually helping a friend that want to make a (funny) fortnite irl video, the project is interesting but she seems to be a bit too much optimistic about the impact it will have. Also she count of me to make the video and this should take time cause some effects to add I still need to learn about. She don’t really support me for my Rosalina x Girl project so don’t have that much motivation for video creation but don’t know how tell her… U_u

And it’s time to present you this new illustration commissioned to LadyBarbero who is also the artist chosen to work on February raffle on patreon, still no more infos to tell about the raffle, we already know the character but the final decision needed a dices roll (really XD). Anyway for now here is another of my weird and impossible idea featuring Rosalina and Sarada Uchiha from Naruto in biker version like you can find her in Mario Kart, also LadyBarbero is fine with NSFW commissions so was hard for me to resist… ^^’
At first, LadyBarbero had choice between Sarada or Shoebill from Kemono Friends and she answered ‘I propose for the first Sarada which is quite a character. Since Sarada had my preference I was sure happy with that decision, and for the pose I asked LadyBarbero a cunni scene allowing Rosalina a bit more busty and with high heels boots to make her even more sexy in her biker suit… I hope you like the result guys… °w°
Sarada is a pretty young character then with a little fetish for glasses and the fact I love red it helped a lot but Temari is still my favourite lady from Naruto series. I must admit I discovered Sarada from fanarts on rule34 (pervert forever) and I don’t help with this illustration I commissioned to LadyBarbero. At first the original idea was a bit different with Sarada in Racer queen suit, not the same kind as racer suit but I missed give LadyBarbero a reference for that kind of outfit and the outfit she designed for Sarada was pretty good so I decided keep it that way.
A commission don’t always turn the way you expect but it’s always nice let the artist keep some freedom to allow the illustration fit his style and be pleasant to draw, here Sarada biker suit was a great surprise but I still feel I want see her as Racer queen, maybe in a trio with Temari to make it even more powerfull. Also if you like this piece, LadyBarbero regularly do commissions on deviantart with cheap prices so be sure slots don’t take that long to fill but it worth to get an eyes on her… Oh yeah… \(^o^)/