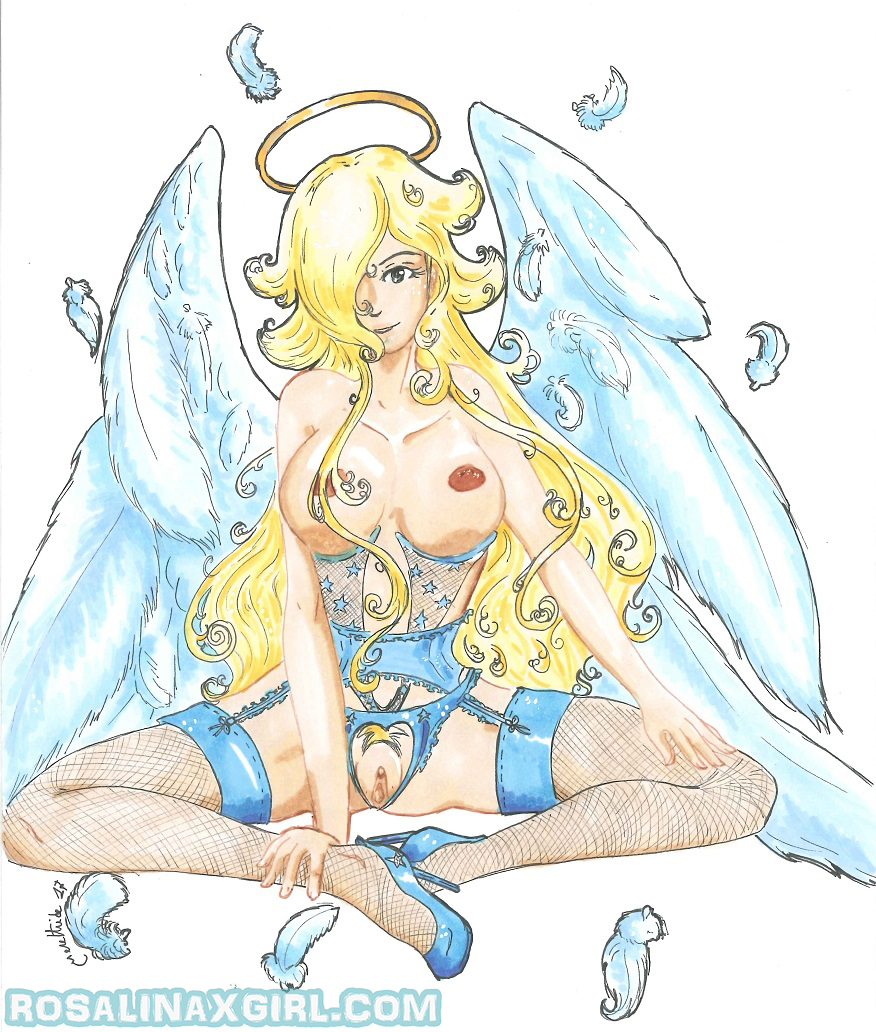 I’m back from mother house, it’s now late on Sunday and I could wait until tomorrow before make this post but you can be I sure have so much that there is no way get sleep before present you the 800th piece made for the project. Each time come the dilemma to choose who’ll be the featured artist, so many who deserve it and this time the illustration is by Merethide who made the first illustration ever for the project. And since it’s great opportunity to do both at the same time, Merethide is now on the featured artist page joining the artists I admire the most and deserve more love and support… °w°
Everything started on October 18th 2011 the project started with Rosalina and Rosetta Christopher by Merethide for the post #001 (see it here) and both are still my two favourite ladies… More than 7 years and 799 illustrations later, Merethide is back with a ravishing and sexy angel Rosalina in lingerie, so pure and ravishing as a goddess with sexy lingerie and high heels, with this powerfull mix we are going so close to the perfection for that marvellous princess.. °o° 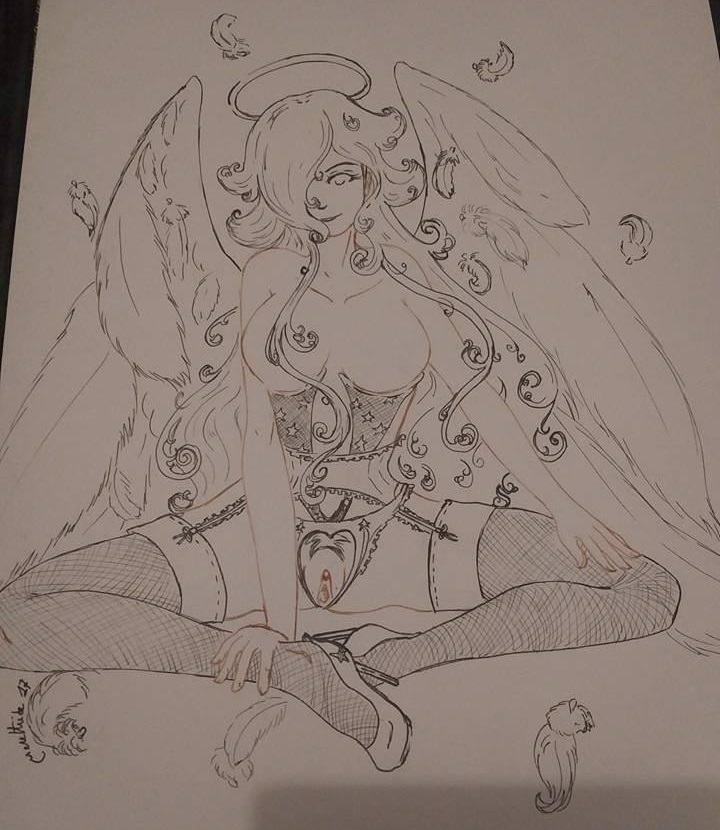 Since she now manage pretty good her tablet, Merethide art is mostly digital but she still do wonderfull pieces with traditional art and I can manage get original so it’s even more incredible that way. Of course a lot would say digital allow another level of detail and quality but when you see how beautifull and detailed looks Rosalina’s wings, traditional art can still be magic. Of course wings aren’t the only nice thing and you can see so much nice details on the lingerie, hair and shading that are nothing than hours of work. I could say only the heels looks a bit off for me but Merethide have lot of troubles with shoes/feet but always manage so her best since she know about my fetish for high heels, thanks a lot… ^__^
So much I would love to say about the illustration like those breasts looking so soft and perfect and lingerie with fished and open crotch panties that looks even more erotic with this sweet and inviting face but the post already looks pretty huge. I must tell this illustration was part of the Merethide‘s box reward on Tipeee (link below), for around 50$ you get a bow filled with goodies and exclusive art sent to you. I already said that I have a strict and deadly budget with the blog but Already ordered two boxes to Merethide and I will continue cause it’s fucking worth it so don’t miss to take a look and get your own… Oh yeah… \(^o^)/