I still have no news about Sixmi34 that was planned to work on Mars raffle reward, I contacted him again anyway times fly and April already here. If I keep having no new solution is the next chosen artist will work on both March and April illustration. I keep you in touch guys and please forgive me for the troubles U_u
Also on today Wordfence activity report, despite the usual attempts to corrupt the database and administrator access there was a “Blocked for Total Donations […] Multiple Unauthenticated AJAX Actions“. I have no idea what it mean but it was an excuse to talk about something professional… XD

Everything started seeing the clip “I’m a GIRL” from Hibiki Yoshizaki x DAOKO project on Mazzacho‘s livestream, this animation music videos was often played in a corner of the stream (before he discover about the Blue Man Group). The clip itself was pretty cool both weird and soo sexy them after a month see it during the streams I asked Mazzacho if he would be interested pair Rosalina and Daoko from the clip for our month commission, tell about his answer would be rhetorical according the illustration I present today… ^^ 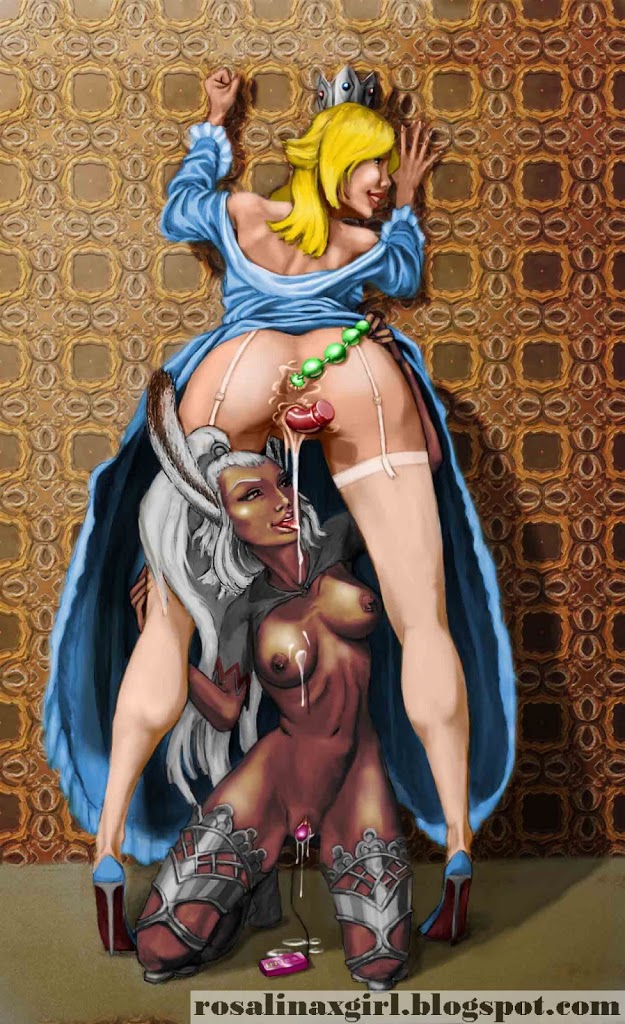 Being a fan of juicy and messy, I personally really love all the fluid dripping from Daoko pussy anyway I asked Mazzacho if it’s really pussy juice cause there is sure a lot here and was wondering if could be something else like part of Rosalina or Daoko wand. Then Mazzacho told me “juice ) you’re right” so my felling was right. This also remind me an old commission with Rosalina and Fran from Final fantasy where I asked for lot of juice that you can see on the left, this time no girl getting love juice running on her body but it still looks extra hot that way… °w°
As you can see, Mazzacho also worked on a sketch with Peach and Daoko keeping the pretty and kinky combo as for Rosalina, basically I’m in love with Rosalina and his favourite Nintendo princess is Peach (even if Bowsette is kinda corrupting his soul now). I was curious about this piece with Peach wondering if he planned finish it for himself and Mazzacho told me he didn’t planned go further with it for now then told me “I did it as a pair of drawing for your site“… Do I still need to told you how insanely kind and dedicated he is? °o° 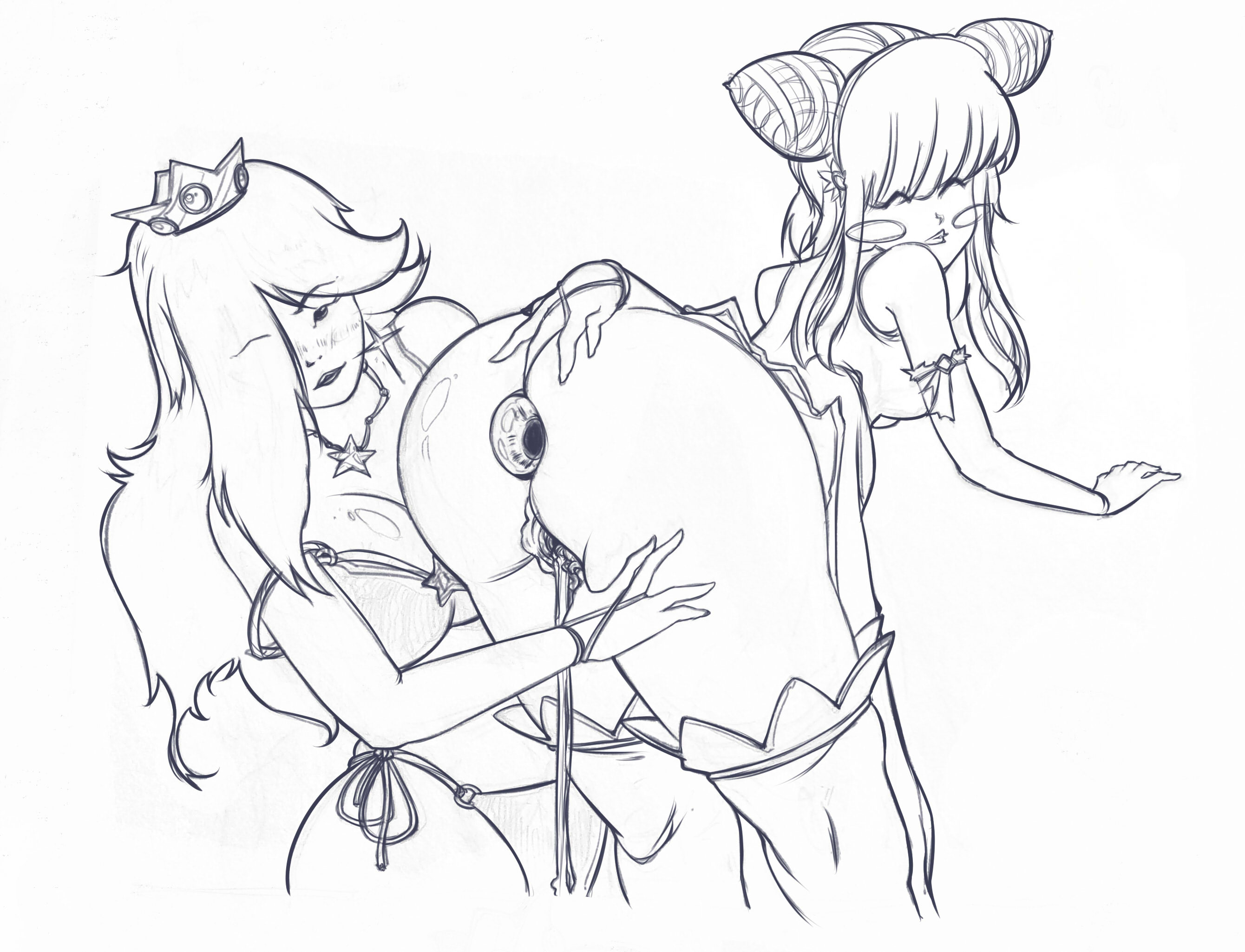 I hope you guys like this illustration (hopefully as much as me), if you want to see more you can find _prizm alternatives on Mazzacho’s patreon, kind of filters like Instagram do for photos but at a whole different level so it really worth to take a look. Also things wasn’t easy for Mazzacho lately and it’s here he need the most love and support; started with patreon that needed lot of changes in his page then paypal troubles that took so long to be fixed. Once both fixed then work was to insane to get time to relax while drawing some lewd and a scammer came put his shit on a short stream he was able to manage running after getting a free sketch… Sounds like A Series of Unfortunate Events by Lemony Snicket… O_o