January raffle illustration is on the way, there is still some hard choice to make but I’m confident about the result. For now all I can say (and know mostly) is Rosalina will be paired with Samus Aran from Metroid series in a scene that can be romantic to ecchi… Suspense… ^^
Also winter sales started in France, the moment to make lot of great deals depending the stuff you want and my side I bought… Well… Pokemon cards (but I didn’t need something in particular anyway) ^^’

Waiting for January one to be completed, today come December patreon raffle reward for Curtis and made by Kiomaru1 who was the one that created the illustration with Stephanie for Rosalina’s birthday (on the left), I know it come a little late but the artist was busy with two weeks exams during the month. I also don’t like give pressure to the artist so compared to what expected the idea didn’t had to be Christmas related to make sure Kiomaru1 wont have to rush on it, I really prefer artists to take their time and do their best and looking at the result it’s sure the best way… Oh yeah… \(^o^)/ 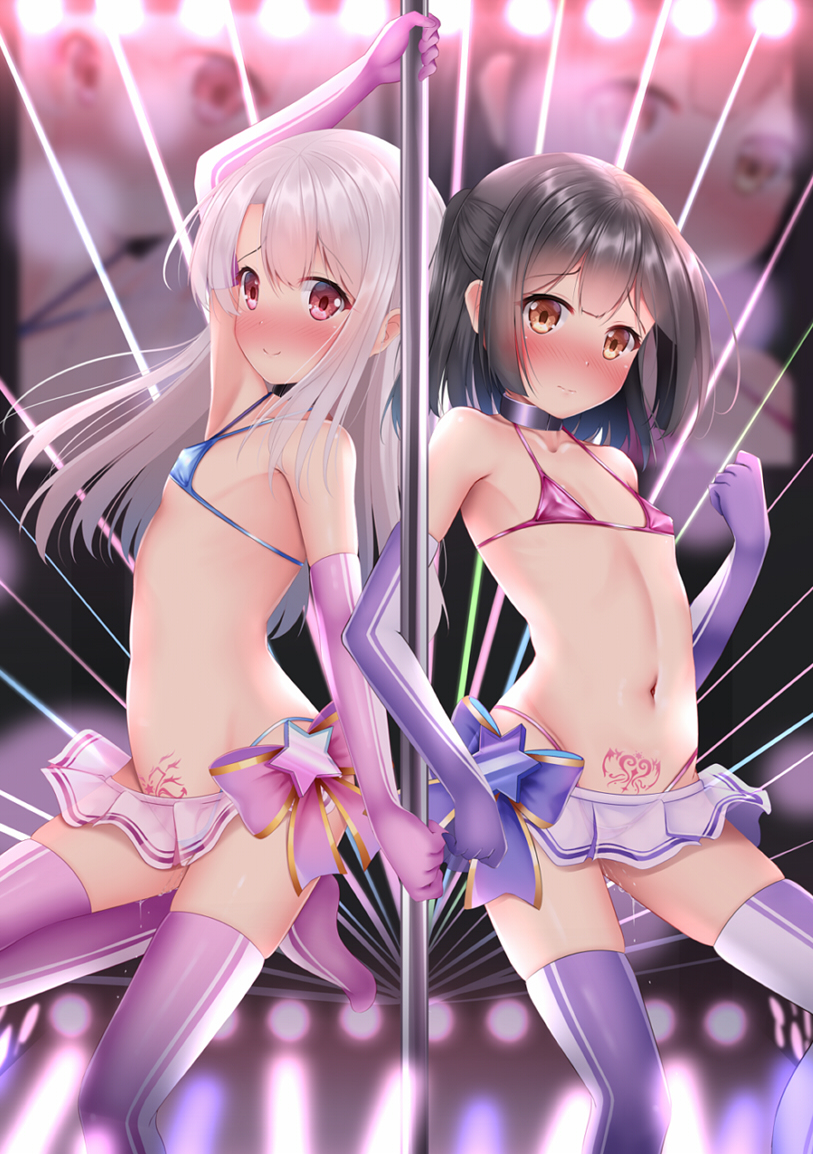 For the illustration, Lolikitteh (alias Curtis) asked for a duo with Rosalina and Rin Hoshizora from Love Idol Festival series for the second time, it’s always hard choice to pick an idea when there is so much characters and situations that could be gorgeous anyway Curtis finally said “go for Rin” with outfit like the reference on the right “Just because let’s go super non Christmas“. Kiomaru1 was fine with the idea and compared to the duo with Stephanie (see it here) this time it had to be a NSFW illustration and that’s pretty much his specialism… ^__^
There also was no specific pose requested but a really suggestive outfit from the reference in the right that will sure change from the really adorable illustration Kiomaru1 did for Rosalina’s birthday. At first I wanted a sex scene with Rosalina and Rin on stage, sexy dance and stripping is nice but some loli fuck is always hot, and after spent some time on the sketch it’s Kiomaru1 who suggested “Rin like singing while getting fucked“. I really liked the idea of having a micro in hand and singing while “performing” and now I think about it it was really an obvious idea, that’s while it’s always nice to hear about artists feedback and suggestions… °w° 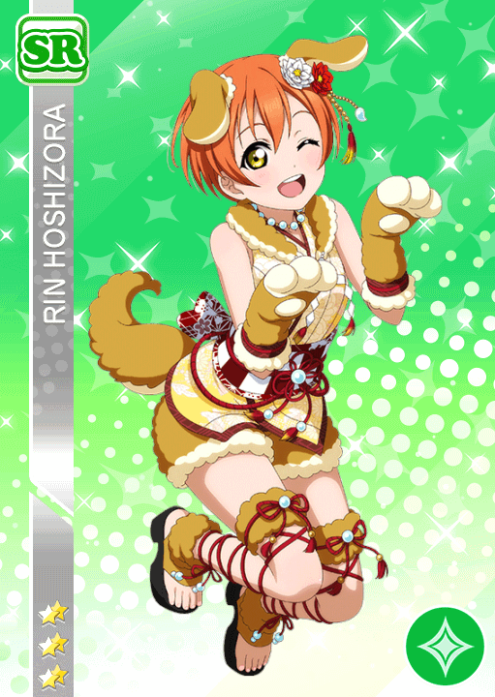 Also since the scene involved strap-on action, I asked Kiomaru1 if he was ok add a little bulge on Rin belly, nothing extreme but I though it would make it even more hot, also the public can enjoy to see how deep she got fucking by Rosalina see the bulge moving (and now I have in mind how amazing if could looks if animated). Curtis and artist were both fine with the idea so this was added during the sketch process anyway there was a mistake that appeared too late during the creation process… ^^’
Talking about mistake, on the reference I got for Rin, she was wearing a cute dog outfit from the series and I asked Kiomaru1 how much would be an alternative version with Rin in her dog costume and Rosalina with the feline one you can see on the left. Finally it would be too much work and the budget wasn’t enough good so I didn’t goes for the alternative. Anyway after that talking, Kiomaru1 thought the normal illustration have to with Rosalina with the feline dress and not both girls in bikini, it’s when he sent me the flat colour version I noticed some unusual stuff on Rosalina’s legs but was too late to change this so not alternative version but we have an average one… ^^’